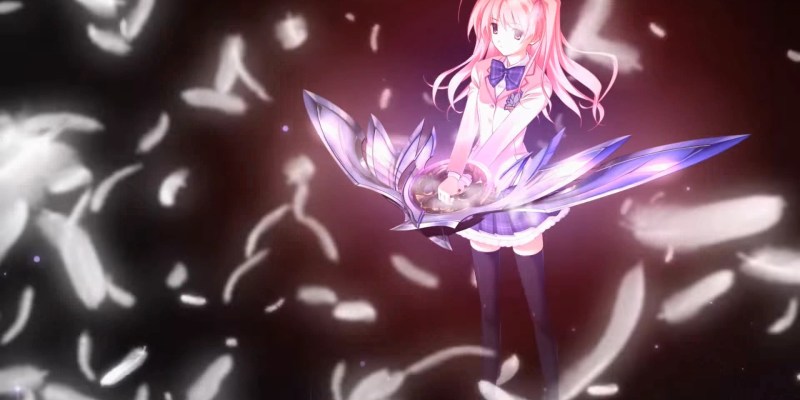 A few days ago, it was announced that Chaos;Head Noah wouldn’t get released on Steam today as planned. Shockingly, Valve had informed publisher Spike Chunsoft that the game’s release would be blocked due to objectionable content. While the visual novel certainly does have some objectionable content, it isn’t any worse than a great many of the games already on Steam. Plus, plenty of things on the store are much more objectionable. This is why it didn’t come as a great shock when Valve reversed course and allowed the title to come out today, adding that the company was going to change the way it filters games by a bit to prevent games from being blocked from sale in the future for similar reasons.

In case you’ve somehow dodged the series all these years, Chaos;Head Noah is a visual novel that’s part of the Science Adventure series famous for titles with semicolons in them. This includes the beloved Steins;Gate. This one was co-written by the same person responsible for all of the series’ games, Chiyomaru Shikura. The game begins with the protagonist, Takumi Nishijo lying wounded on the ground amidst a ruined Tokyo. A girl with long, pink hair appears, kisses him, and then impales him with a blade before he appears to die.

We then cut to Takumi in his room – a shipping container atop a building that he uses as a living space. Famously, Takumi is an unlikable protagonist. He’s creepy, selfish, hateful, cowardly, and rude, all in equal measure. He’s your typical angsty, distrustful loner that wants to be left alone so that he can grind away in an MMO. But a series of murders are occurring and, when Takumi witnesses one, he finds his life flipped upside down. To go further into the plot would be counterproductive, as Chaos;Head Noah is better the less you know. But there are characters with ridiculous swords, delusions being made manifest, and an evil company mixed up in the story’s events. 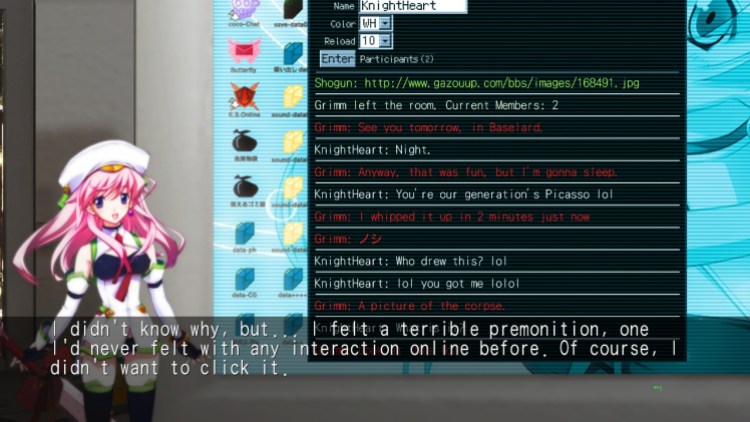 Chaos;Head Noah has needed a Western release for quite some time. It was originally released on PC in Japan back in 2008, with “Noah” being added to the name of the Xbox 360 version to designate new content, which included multiple new endings. Therefore, this version isn’t the original Windows version, which leads to some questionable technical aspects. For one, there are only three resolutions available. Strangely, selecting 720p in the menu appears to offer a sharper image than 1080p. It’s very strange.

Stranger yet is the mouse support. Chaos;Head Noah is easy enough to enjoy with your keyboard, as you’d imagine, but it takes additional mouse clicks to progress through the dialogue compared to using the keyboard or controller. Pressing the F1 key brings up a diagram showing keyboard controls. As such, it’s more comfortable to go through this visual novel using a controller, making this a sentence I never thought I’d write. You can choose between windowed and fullscreen options in the menu, but the fullscreen option is borderless window and not actual fullscreen.

From what I can gather, having a controller active when you start the program leads to the mouse problems getting much worse. My mouse was borderline unusable with a controller detected and the vast majority of my clicks didn’t register. But Chaos;Head Noah is a visual novel, so you’ll mostly just be reading dialogue. One of this title’s distinguishing features is that there are times when a black overlay appears onscreen during certain sequences. These are “delusion triggers” and you can choose whether Takumi has a positive or negative delusion. From what I understand, these don’t matter much on your first playthrough, but they do change what endings you’ll receive in subsequent ones. 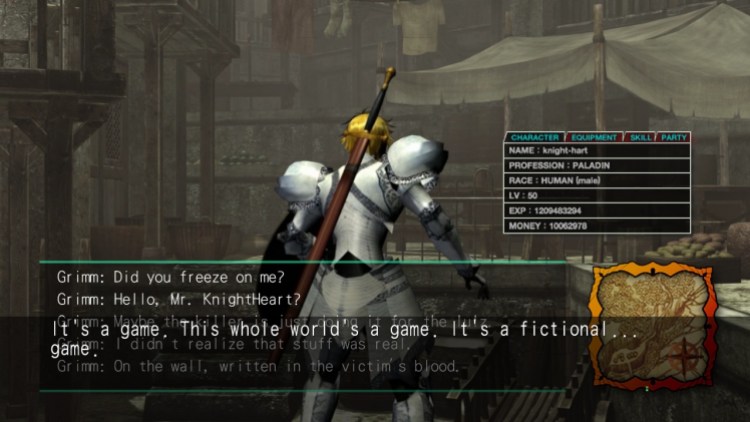 One thing worth mentioning is the translation. I understand fairly little Japanese, so Chaos;Head Noah seems mostly fine to me. But I’ve seen some folks complain about mistranslations, although I can’t say whether these claims are justified or not. Regardless, this is still a captivating read that offers up a compelling mystery and finally brings the original entry in the beloved series to audiences outside of Japan. If you’re okay with the wonky mouse and resolution settings and don’t take umbrage with the translation, then I’d say Chaos;Head Noah is worth it.

Crash Bandicoot 4 is coming to Steam, a new game looks to be on the horizon

By Dani Maddox5 days ago
Previews