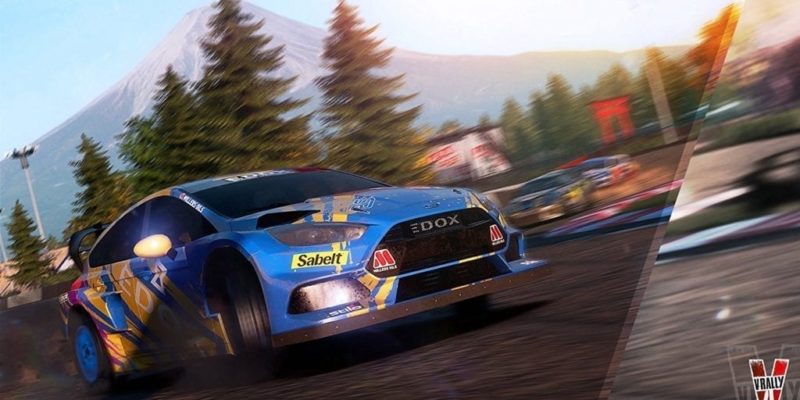 V-Rally is making a grand return next month on modern platforms with V-Rally 4. The publishers at Bigben Interactive have released two new gameplay videos showing off some races from the Rally discipline. One takes place in Malaysia after a rain shower, while the other is in Kenya during the heat of the day.

The environments look well detailed, and the different weather conditions also look pretty nice. Both videos were shot from the hood cam, so here’s hoping there’s an actual cockpit view. In any case, the game seems to be shaping up to be pretty good!

Here are some details from the recent press release:

Get ready for an adrenaline rush in today’s gameplay videos, one taking place in the particularly humid conditions of Malaysia and the other in Kenya.
A rally is made up of several timed stages called “specials” that severely test a driver’s nerves. To be a successful rally driver, you need to love risk, be able to keep your head straight when going through tricky areas and have the ability to adapt when unexpected weather complicates matters. Your co-driver’s notes are often critical.

In V-Rally 4‘s rally mode, the highly varied environments of the specials require you to draw on all your driving skills. Speed through the breathtaking environments of Malaysia, Japan, Siberia, Kenya, Sequoia Park and Monument Valley! Pay attention to your co-driver’s notes displayed on the screen so you won’t be surprised by a tight bend!

Entire road networks have been created for the rally environments, with an impressive level of detail. In addition to the pre-defined specials, V-Rally 4 provides an even more unpredictable challenge through the specials generator. Just like rally organizers, the specials generator randomly opens and closes road intersections, which means there are hundreds of possible routes through each environment. Your route is not a collection of pre-defined roads and bends: it uses parts of the road network, and each special is different, with unique characteristics. That makes it rather difficult to learn the bends by heart. Once at the starting line, you’ll need to demonstrate courage and concentration!

Each discipline provides a unique driving experience so that V-Rally 4 racing fans can test their skills and learn new driving techniques. Your versatility will also come in handy in career mode, which takes drivers around the world.

V-Rally 4 will be available in September 2018 on PlayStation®4, Xbox One, and PC. The game will also be available on Nintendo Switch™ at a later date.

Win a free copy of The Crew 2: Gold Edition