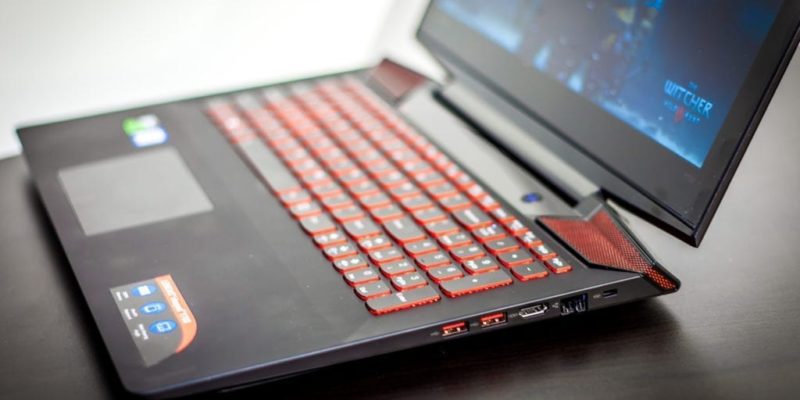 PC gaming is enjoyed by millions of people all over the world. Unlike consoles, PCs offer a huge degree of personalization and customization. As a result, PC gamers all enjoy the same hobby under different circumstances due to the differences in their machines. It’s been year since I became a ‘true’ PC gamer, and I chose a laptop to carry out the task. Desktops are considered to be superior for PC gaming, so why did I make such a choice?

While it may seem obvious, my primary reason for selecting a gaming laptop over a desktop rig is portability. While I’m aware that there are desktop tower cases that are relatively small in size, some comparable even to that of a home console, they’re still not as compact and streamlined as that of a laptop. Laptops were designed to be condensed versions of desktop PCs and that’s something that hasn’t really changed over the years. Gaming laptops, however, have had a very rough history.

A lot of PC gamers speak out against laptops as being decent gaming machines due to the fact that their greatly reduced size compared to that of their desktop counterparts results in a lot of corners having to be cut for the sake of achieving a portable form factor and functionality. The smaller chassis makes it difficult for manufacturers to fit the high-powered components needed to play games at a respectable performance level. This has forced the creators behind these components to make custom variants of the parts that are designed with portability in mind. These are typically less powerful than the desktop equivalents due to the size reduction. Another complication found with laptops is  heating. Computers get hot—that’s unavoidable. The hotter the components get, the more they are strained, which then leads to a reduction in performance. That’s why all desktop gaming rigs are designed to keep cool air flowing continuously in order to ensure that the components stay at reasonable temperatures and that the performance remains high.

I must admit that it’s a lot more difficult to keep a laptop at reasonable temperatures when under heavy load. Even some of the best designed laptops can struggle to stay cool depending on the circumstances (ambient air temperature, amount of dust in vents, etc.) This is probably the biggest drawback when it comes to gaming on a laptop, since temperature has such a huge effect on performance. Even so, using a laptop as a gaming rig is definitely not impossible. 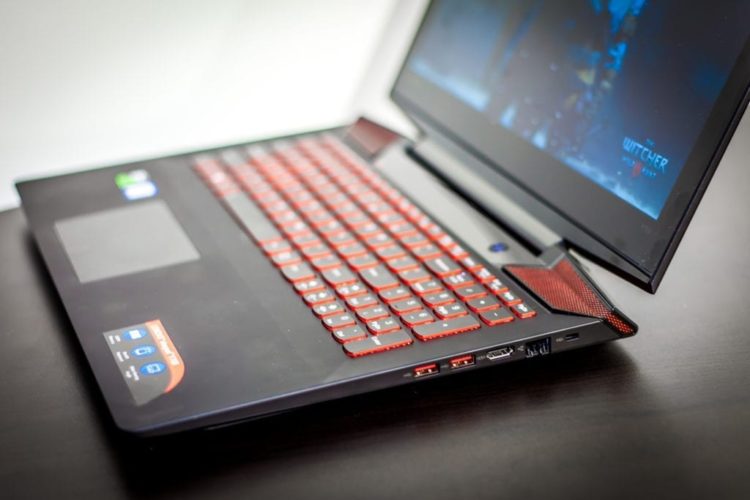 This is my Y700 and it’s been serving me well for the past year.

Modern gaming laptops are much better designed than models from a few years back. They’ve gotten sleeker, less bulky and not to mention less expensive. As manufacturers have been working constantly to make mobile technology better, gaming laptops have improved so much that they can now finally match the performance levels of their desktop counterparts. Nvidia dropped the specific ‘mobile’ variants of its GPUs starting with the GTX-10 series. With the ‘Pascal’ architecture, these cards are virtually at the same performance level whether it’s the full-size desktop variant or the slimmed-down laptop edition. As the chassis design continue to improve to be less bulky and more ‘breathable’, gaming laptops are looking better than ever.

The laptop I picked up is a Lenovo Y700. While it’s definitely not on the cutting-edge, it gets the job done. I have not yet ran into a game that I wanted to play but couldn’t run it. What drew me to the Y700 (aside from its sleek, Lamborghini-like design) was how well it was built. Lenovo made sure that the chassis allowed for a lot of airflow and also chose some pretty decent components to put on the inside. In this case, it’s an Nvidia GTX 960M GPU and an Intel Core i7 6700HQ CPU. I’m still a bit salty that just a few months after picking this up, the new GTX 10 Series laptops were then released, but my Y700 has served me well regardless.

I bought the laptop right before I made the move 2000 miles away from my home country. When I thought about transporting a large desktop rig across that distance, I was greatly swayed towards looking for a laptop. While the heavy research I did before making a purchase revealed to me that buying a desktop PC would be better due to their performance and ability to be upgraded, I still wanted a laptop mainly for the sake of being able to carry around. It’s definitely come in handy, as I’ve been able to take it with me to a lot of different places; something I would not have been able to do with a desktop.

It is true that gaming laptops are typically more expensive than their desktop counterparts, and you need to remember what you’re paying for. As customizable as desktop rigs are, it’s incredibly difficult for the average joe to design a chassis that’s as sleek and portable as a laptop. Manufacturers continue to charge a premium because of the painstaking work that goes into designing powerful machines that are compact enough for you to hold in your hands. So, when deciding whether to go with a gaming laptop or a desktop, keep that in mind.

So, is either side truly ‘better’ than the next? Honestly, it depends on your circumstances. Are you someone who typically only games at home and don’t move around much? Then a desktop rig would be fine for you. Are you someone who’s all over the place constantly and needs to be able to take your gaming setup with you? Then a laptop would fit the bill quite nicely. I made my choice to fit my situation, but yours will no doubt be different.