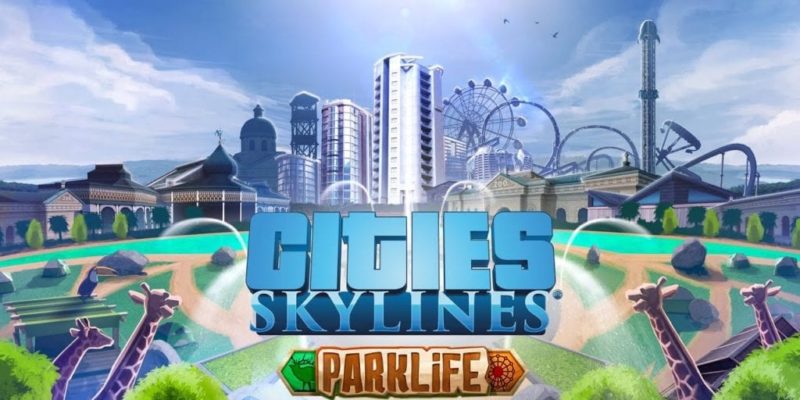 Colossal Order’s superb city builder is about to get another expansion called Cities Skylines Parklife and as you’d expect the new content us all about parks.

The expansion adds to the game’s rudimentary parks by giving players the opportunity to create amusement parks, nature reserves, city parks and zoos. This also means that park districts can be created with new city services such as Park Maintenance to keep them clean and tidy, and three new city policies and eight new park policies are being added.

The expansion goes beyond the actual parks too as new features such as a new sightseeing bus line and sightseeing tours to increase tourism.

Players will also for the first time be able to place building next to paths and not just roads in the park districts and props can be placed anywhere inside park areas.

As with all previous expansions, the game will also get a free update for everyone including a new tourism panel, trees that reduce noise pollution, a camera mode upgrade, new tourist models, and new modding features, including submeshmodding and an improved camera system so users can control the camera with scripts.

Overall there’s plenty to look forward to when this releases on 25 May.

Learn some stuff about Frostpunk in this new video