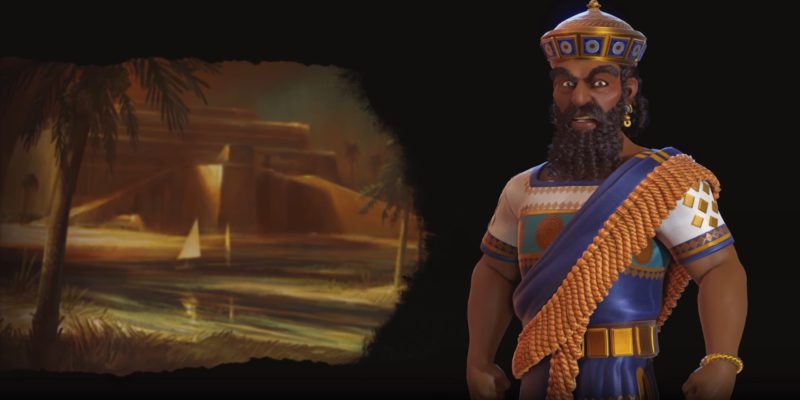 Hammurabi joins Civilization VI‘s roster as part of the Babylon Pack DLC and New Frontier Pass. When he was originally announced, I genuinely thought Hammurabi had some of the most overpowered (OP) uniques in the game. The more I played, the more I realized that there was a lot of truth in that. Here’s our Babylon deity guide to help you out.

Hammurabi is one of the most renowned kings of Babylon. This was less due to his conquests (where he actually did overthrow various tribes and kingdoms until Babylon dominated Mesopotamia). Rather, it’s primarily due to his code of laws, the Code of Hammurabi.

These edicts were some of the earliest and most complete legal codes in antiquity, giving us a glimpse at humanity’s rise from hunter-gatherers to established kingdoms with laws and writings that stood the test of time. Some of Hammurabi’s pronouncements were the doctrines of “lex talionis.” These laws of retribution sought to punish an offender with equal severity based on their crimes — “an eye for an eye.”

In Civilization VI: New Frontier Pass, Hammurabi isn’t just out for your eye. If he manages to snowball even in deity games, he’ll grab an arm, a leg, and the whole victory.

Babylon has unlimited potential in Civilization VI: New Frontier Pass due to its uniques:

Ninu Ilu Sirum already looks decent, and the Palgum is very much welcome. While the Sabum Kibittum is a bit underwhelming, the Enuma Anu Enlil turns your entire Civilization VI run into a joke. Indeed, it’s something that can be considered an absolute game-changer. 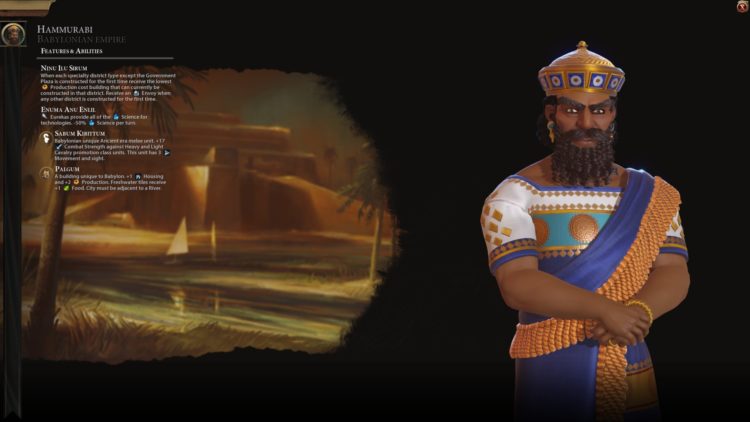 Below, you can see the settings I’ve chosen for my deity runs as Hammurabi/Babylon in Civilization VI: New Frontier Pass. Please take note that I’ve disabled all special game types, including “Heroes & Legends mode” to somewhat preserve the “vanilla” feel. 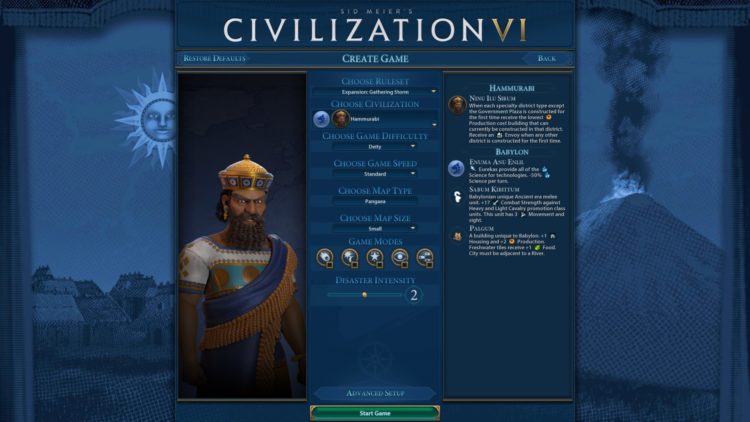 Now, while many will already consider Hammurabi and Babylon OP compared to other civs, you still need a bit of luck with your starting location/seed. This is primarily because of the techs you want to beeline for and unlock early in the game.

You can see an example below: 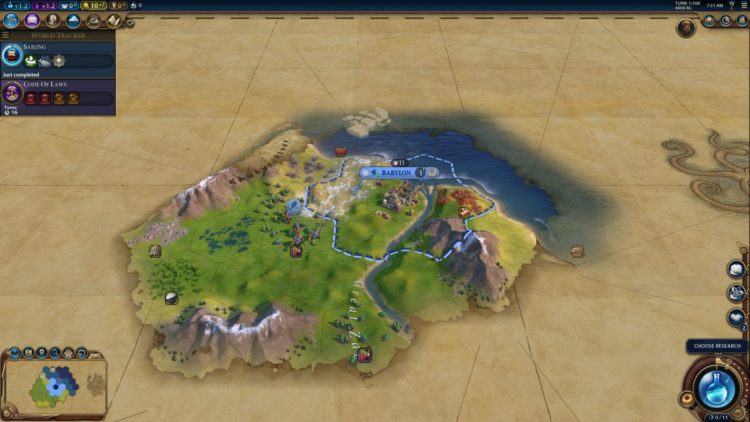 If you start at a coastal location, you’ll immediately unlock Sailing. Truth be told, in most of my deity runs, I barely made use of naval combat anyway, so that’s safe to ignore.

But, there’s one thing you’ll also notice — it’s copper. Always take note of resources that can be mined. Some might be needed for later techs while others provide those extra hammers. We’d like to have more mines and production since we’ll have higher-tier units easily. We don’t want to spend dozens of turns before we could field them. 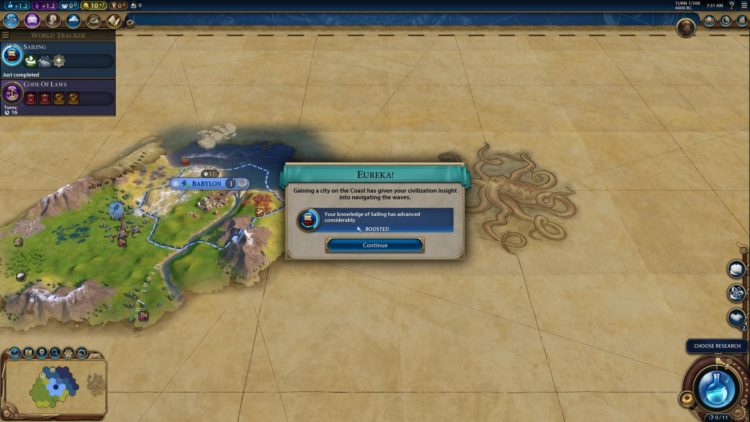 Another key factor you want to consider is gold. Babylon can beeline for high-tier units very early in the game. The problem, however, is your gold generation. If your economy isn’t up to speed, you’ll find yourself with musketmen and tanks unlocked, but without the means to actually pay for their upkeep.

Here’s another example with a different start location. Notice the cotton that can provide us with gold once we’ve placed plantations? 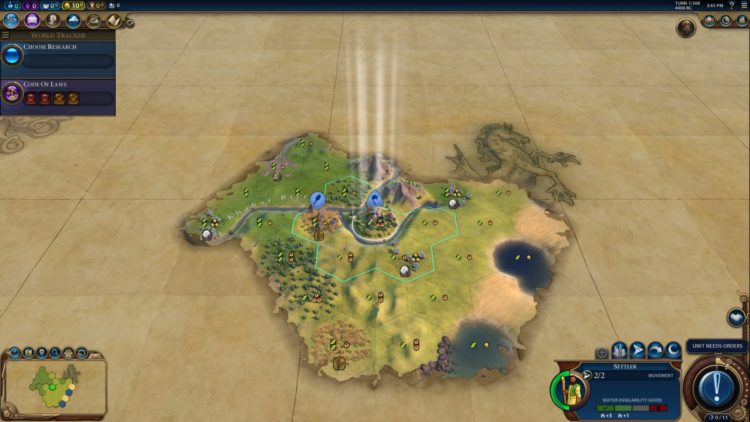 Slinger -> Slinger -> Builder ->  Settler. Believe it or not, I realized after a couple of deity runs that Babylon should have slingers and builders as early as possible. Again, that’s also because of the eurekas that unlock techs.

Three techs in Civilization VI: New Frontier Pass don’t have eurekas: Pottery, Animal Husbandry, and Mining. Among these, Mining is the most important, so make sure you research that first even if it takes you a while.

Note: You’re free to “ignore” science as Babylon. You ignore it in the sense that you’re not actively trying to seek science boosts simply because you’re there to gain free techs via eurekas. The ones you can’t get eurekas for would usually take dozens of turns to complete due to the Enuma Anu Enlil penalty. Heck, you could probably just click on a Future Tech and leave it at that. 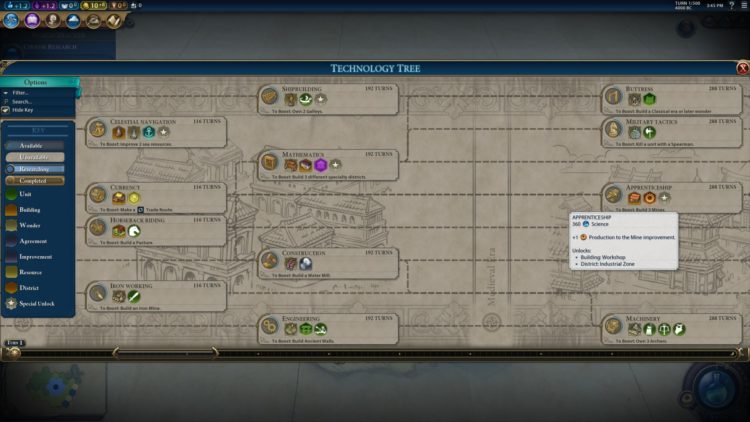 This is where you might lag behind. While eurekas offer you boosts, discoveries do not. As such, you’ll have to obtain civics normally. Anyway, here are some tips: 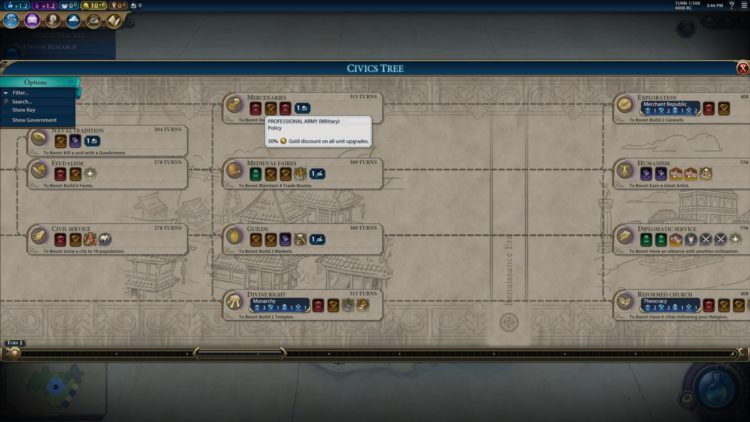 Religion wasn’t something I wanted to focus on during deity runs since I was too busy trying to go for eurekas. My advice, though, is to pick those that can help boost gold and production.

As for governors, Magnus remains an ideal choice. This is because of his perks. His innate perk provides double yields from harvesting and removing features, aka. “chops.” Meanwhile, the Provision promotion lets the city he’s assigned to continuously churn out settlers that don’t cost population. You want your citizens to boost production from improvements and buildings, and you don’t want to lose them each time when you recruit a settler.

Hammurabi and Babylon – The code of OP in Civilization VI: New Frontier Pass

There are additional key factors to remember when doing your deity runs in Civilization VI: New Frontier Pass as Hammurabi and Babylon: 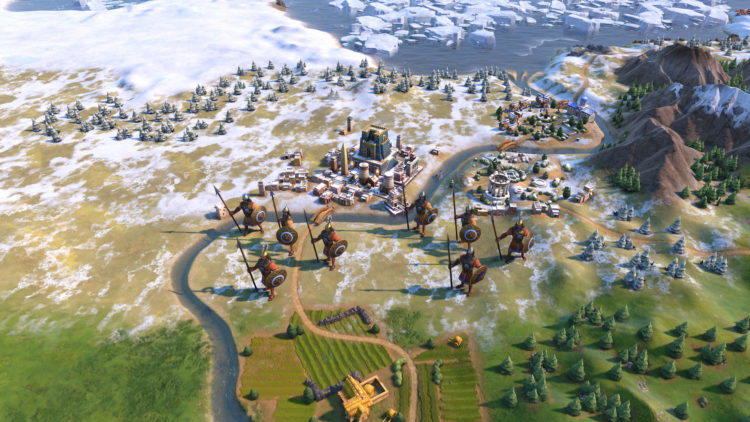 I admit that Babylon is truly one of the craziest civs in the entirety of Civilization VI: New Frontier Pass. Its three uniques function as you would expect, but it’s Enuma Anu Enlil that truly changes the game.

You skip through regular research. You breeze through the tech tree. In the end, you must ensure that your economy and production can support your conquests. Sure, a science victory would be nigh impossible given the penalties, but almost everything else (especially domination) is within reach. 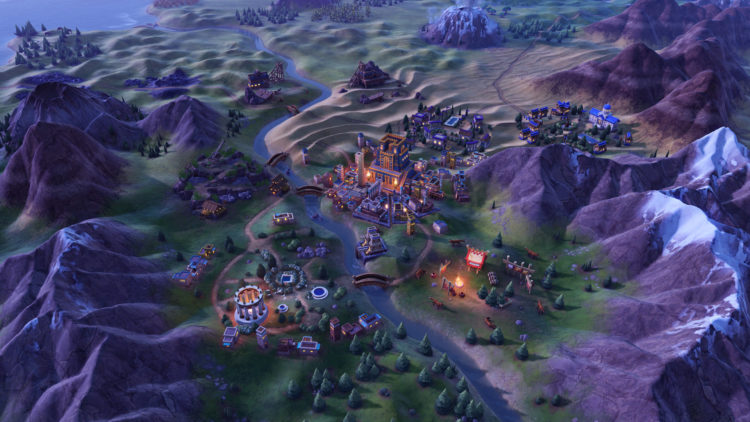 Civilization VI: New Frontier Pass is available on Steam. The Babylon Pack, already included in the season pass, can also be purchased separately. For more information, check out our guides and features hub.