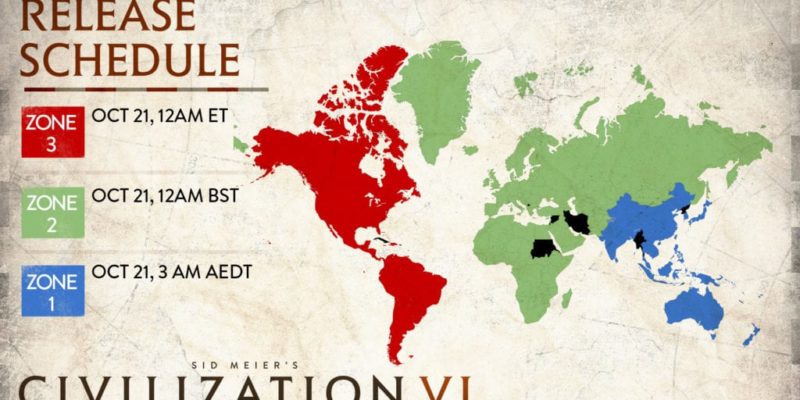 As the release date of 21 October approaches, Firaxis has put out a launch trailer for Civilization VI. In it, narrator Sean Bean goes on an inspiring journey through time and, commendably, manages not to get himself killed.

2K have also released the launch times for the game, which will take place across three global ‘zones’. There’s a graphic to refer to below, which indicates the following (for more precise info on each Zone and the local time in various cities, follow the links).

The pre-load for Civilization VI is now live on Steam for those who have pre-ordered the game. Now, watch below if you want to see Sean Bean doing things like lighting the torch on the Colossus of Rhodes, and helping the Wright Brothers (maybe the Bean Brothers in this version of history) reach the skies.