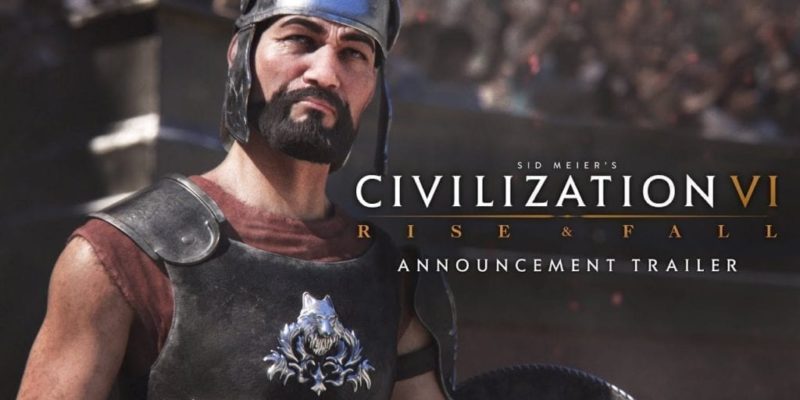 “When will Sid Meier’s Civilization VI’s first expansion arrive?” That’s probably a question most fans of the game have been asking themselves for quite a long time and developer Firaxis Games and publisher 2K Games decided to give them finally some updates. The first details about the game’s expansion, which is set to be titled Rise and Fall are finally here: Rise and Fall is set to arrive on stores on February 8, 2018, on Windows PC.

A brand new feature called Great Ages will be added to the game, which will provide players with different types of challenges and bonus depending on what Historical Moment they achieve.

Other smaller features will be introduced via the new expansion as well, including governors, new alliances, emergencies, a timeline of your history, and new leaders.

The first trailer for the new expansion was also released and you can check it out below.