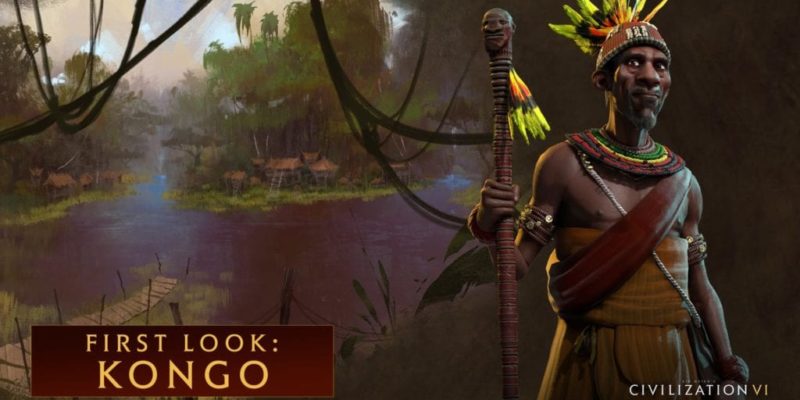 The latest addition to Civilization VI, as announced at PAX and presented in this new trailer, will be Kongo. According to the Civilization devs themselves, this is the first time Kongo has been playable in the series (they appeared in V as a City-State).

In the latest game, they’re led by Mvemba a Nzinga. As a religious convert, he’s unable to build Holy Sites; but can also use the Founder belief of any majority religion in Kongo’s cities. His ability produces a free Apostle (of the given city’s majority religion) every time a Theatre District or M’banza is constructed.

The latter is Kongo’s unique building in Civilization VI, and replaces the generic ‘Neighbourhood’ building. It provides food and gold resources, as well as housing.

Kongo’s unique unit are the Ngao Mbeba shieldbearers. They receive defensive bonuses against ranged attacks, and can move through forests and rainforests without penalty. Wooded areas don’t block their line of sight either.