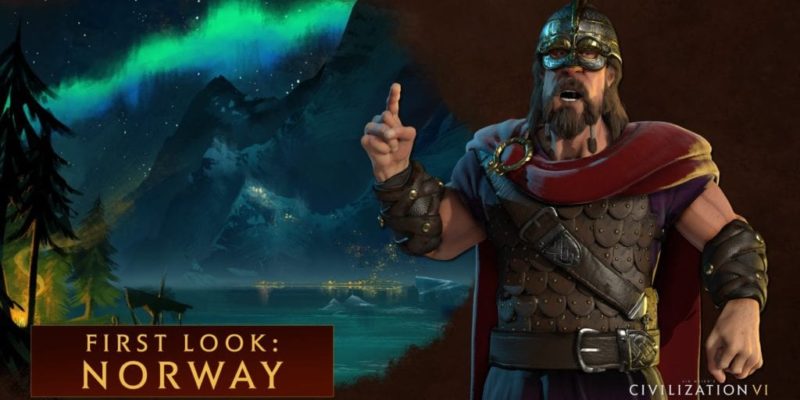 The latest look at a Civ in the upcoming Civilization VI puts the focus on the naval-based Norway. Led by Harald Hardrada, the Norwegians (unsurprisingly) get quite a few sea-faring abilities.

Hardrada’s leader ability, ‘the thunderbolt of the North’, means all of Norway’s naval units can perform coastal raids. His Viking Longships come with coastal raiding and can also heal themselves up in neutral territory. The unique unit for Norway is the Berserker. For them, pillaging costs one less movement and gives a bonus to attack; however, it leaves them more vulnerable when defending.

Their unique Civilization VI building is the Stave Church. This has the same benefits as a Temple, but gets an extra faith-adjacency bonus from woods. Norway’s early ability to cross deep-water oceans means they can explore and spread around the world with ease.

Here’s the trailer. The Civilization VI team will also be livestreaming a look at Religion in the game at 1pm Pacific (9pm in the UK) today.

NBA 2K17 MyCAREER trailer talks to the President of Basketball