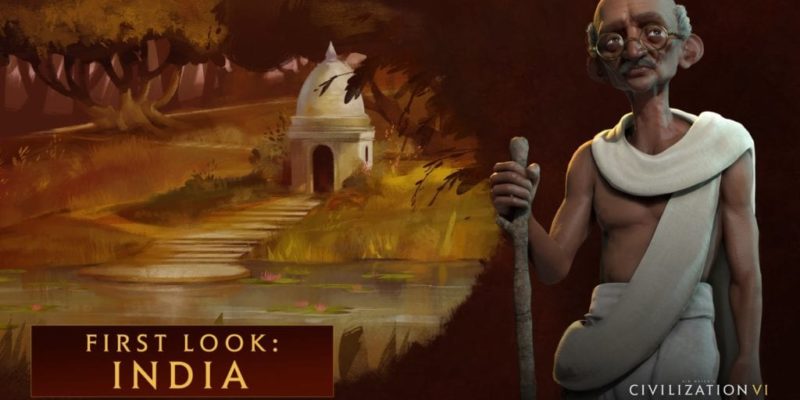 The latest Civ preview video for Civilization VI takes a look at India and its leader, Ghandi. Though portrayed as a mild-mannered spiritual man of peace, all Civ players know Ghandi is actually a nuclear explosion just waiting to go off.

This trailer keeps up the facade, however. Ghandi’s leader ability gives India a major Faith boost for every other Civ that has founded a religion and is currently at peace. He also inflicts Happiness penalties on any nation daring to fight a war against him. In addition, India gets all the follower belief bonuses for every religion present in their cities (not just the nation’s primary religion).

Out on the battlefields of Civilization VI, India’s Varu war elephants can reduce the combat strength of adjacent enemy units (and, you know, trample them). The latest in the series will be released for PC on 21 October.