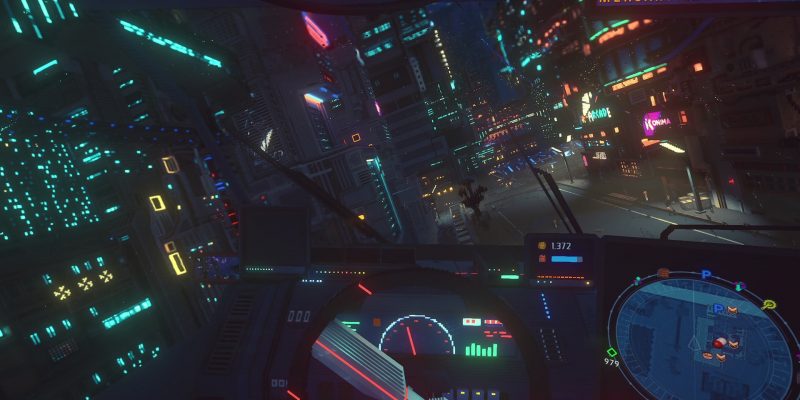 Cloudpunk, the narrative-driven, taxi courier game set in a cyberpunk city, is about to be a whole lot bigger. Revealed today, the game is receiving a massive DLC soon, called City of Ghosts. According to the developer, the fully voiced campaign is practically a full-fledged sequel, continuing where the story left off. Cloudpunk – City of Ghosts doesn’t have a release date yet, but is on its way to PC “soon.”

City of Ghosts is not just a big chunk of content; it’ll be longer than Cloudpunk itself. It continues the saga of the flying taxi driver Rania and her pup Camus. However, the two won’t be skimming the skies around Nivalis alone. City of Ghosts will include a new playable character in the form of Hayse, described as a “deadbeat gambler” — apropos to the theme of the game. According to developer Ion Lands, Rania gets tied up into Hayse’s story as he desperately tries to clear away his debts. And he only has one night to do it.

Flying through the city nights

Cloudpunk – City of Ghosts isn’t just a story DLC, however. It also allows you to customize your HOVA taxi cab and take part in street races. You also have multiple endings to discover based on in-game choices, along with more characters to meet, mysteries to solve, and places to explore in your little flying cab.

“Going back to Nivalis has been a thrill,” said Marko Dieckmann, studio head of Ion Lands, in a press release. “It might be a DLC, but City of Ghosts has a sequel’s worth of content. It’s a darker, tenser, more complex story, and we can’t wait for people to experience it.”

Considering Cloudpunk clocked in at around eight to 10 hours, City of Ghosts is set to hold your attention for quite a long while. The DLC doesn’t have a release date as of yet. But if you haven’t played the base game, it’s currently going for 40% off on Steam.

By Michael Feghali50 mins ago
News