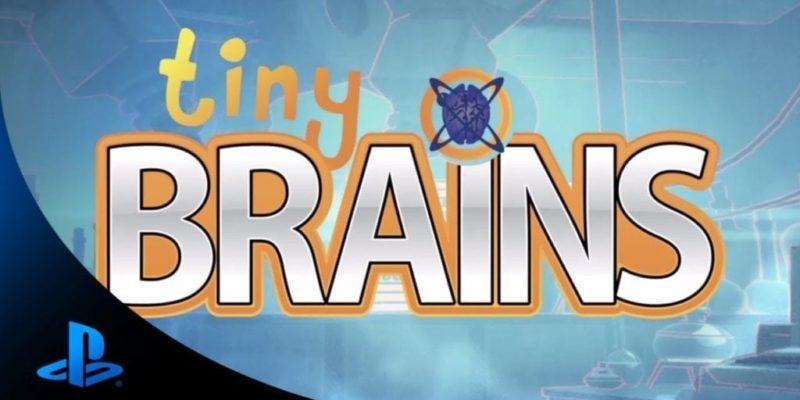 Spearhead Games has today announced that their four player co-op puzzler, Tiny Brains will now be launching on the 26th November on the PlayStation 4, that’s just over a week after the console launches on the 15th.

Judging by the post made on the PlayStation Blog by Spearheads co-founder Mark Boukhira, they are taking advantage of everything the PlayStation 4 has to offer, they speaking of using the power of the console saying “we of course took advantage of the awesome power of the console by having more physics-based objects, more destructibles, and more legions of evil baby chickens. Beyond amped up power of the whole system, PS4 has some totally cool features that we got to work with.”

One of the “cool features” they got to work with was the Dualshock 4, which has been utilized to show the colour indicated on the controller highlighting which one of the ‘tiny brains’ you’re controlling. This according to Spearhead, comes in handy as each tiny hero has different powers, and you’ll need to work as a team to reach certain objects in the game.

Here’s a recently released trailer for the game

Tiny Brains will also be available on the on the PlayStation 3, on the Xbox360 via the Marketplace, and PC via Steam. We’re not yet sure of a release date for these platforms, as soon as we get one we’ll let you know.