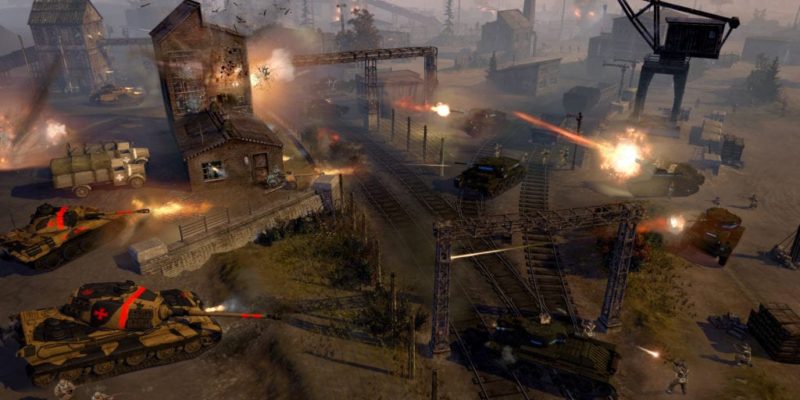 This standalone multiplayer pack will be released on 3 September for $12.99 / £9.99 / €12.99 and will include 15 new units, six new commanders with unique abilities, and a total of eight new multiplayer maps based on historical battlefields.

“The British Army has been one of the most requested factions since we first announced Company of Heroes 2 three years ago,” said Greg Wilson, executive producer at Relic Entertainment. “The British were a major player in WWII and we are excited to bring their unique makeup and overall tactical doctrine to the Company of Heroes 2 battlefield.

“Finally, every player – whether they are new to the franchise or a long standing fan – can play The British Forces and have a compelling multiplayer experience with an army that can certainly go toe-to-toe with every other faction in the game.”

Along with this release are “major design upgrades” to improve the balance of the existing five factions in Company of Heroes 2. New players will also have access to the existing maps via auto-match, and can battle the existing factions. Finally, a Steam pre-order will save you 10% on the price.