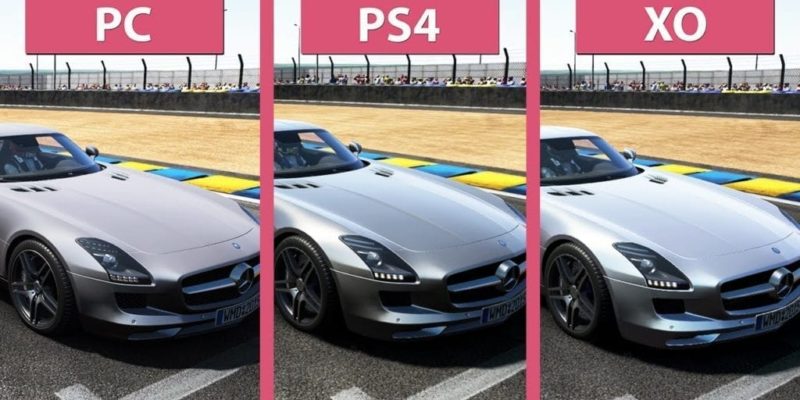 When it comes down to any kind of discussion in this industry, as with practically anything else, it’s almost always heated. People like ‘ABC’, while others may prefer ‘XYZ’. When members of each side clash with each other, it usually ends up in a big to-do filled with insults, snide remarks, all melting down into what is simply a form of veneration.

Outside of the usual hot topic that is ‘PlayStation vs. Xbox’, there’s another battle that has been going on for quite some time now. It’s the discussion of ‘Consoles vs. PCs’. With the PlayStation 4 especially being touted as a “powerful machine” on many different occasions, this has led many of the so-called PC Elite to double-down on console owners. The running gag is the ‘PC Master Race vs. Console Peasants’.

The PlayStation 4 and Xbox One are unique systems. They’re unique in the fact that they’re so close to PCs in terms of architecture, that they’re practically heavily optimized PCs that can’t be upgraded. The Xbox One (like every other Xbox console) has a Windows kernel inside of it, which further connects it to its PC brethren. Even so, the fact of the matter still is that these systems are classified as game consoles.

Consoles have long been the center of the video gaming scene, with PC gaming rising a while after. For a period of time, hardware development for consoles was moving at a faster rate than that of its computer counterpart, but around the end of the fifth generation, things started to really come together. As we got into the 2000’s, the difference was gradually becoming smaller, but it was still there. When the PlayStation 3 and Xbox 360 launched, they were both considered ‘bleeding-edge technology’ for their time. The U.S. Air Force even built their own supercomputer cluster powered by dozens upon dozens of PS3 consoles.

A few years after the ‘PS3 and ‘360 came on the scene, PCs really started to supersede consoles. While a lot of games were being rendered at sub-HD resolutions on those systems, they were being displayed at full-HD resolutions on more powerful computers. This trend has continued into this generation. While the PS4 and Xbox One do have a lot of power, they’re still fairly weak when compared to a lot of higher-end PCs. But see, that’s the problem; the comparison doesn’t make any sense.

PCs and consoles are like half-brothers more than anything. PCs are designed to be open and changeable. You’re free to do as you please. Not to mention that they’re built with the intention of being multi-tasking powerhouses. While all of today’s systems, and even last generation’s systems, are capable of multi-tasking too, it’s not nearly to the same extent as that of fully-fledged computers. Consoles are controlled environments, while PCs are fragmented.

PCs are a pool of machines with different capabilities, while consoles are incredibly close and streamlined for gaming.

Think of it like Apple devices and Android devices .Apple devices all come from one source. Their parts are all the same. When developers create applications for Apple devices, the biggest hurdle they have to overcome is the fact that some users have older models, but for the most part, that’s the only thing they have to worry about. While Android is one operating system, it’s scattered all over the place. Devices come from a variety of different manufacturers all possessing different capabilities. In addition to this, you have quite a number of devices which are running older versions with the OS. This makes things a lot more challenging for developers, as they now have to try their best to optimize their applications in a ‘one-size-fits-all’ manner, to allow as much Android users as possible to have access.

In like manner, PC uses are all different. Tom and Jim can be living in the same dorm room, while Tom can play GTA: V at the highest settings, Jim can barely get it to run at an acceptable framerate on his computer. On the other hand, Kevin and Michael in the room next door have an Xbox One and PS4, respectively. They both can enjoy an almost equal experience of GTA: V, simply because the difference between their systems is far less drastic.

One of the several comparisons between a multi-platform title running on PC and consoles — the outcome is always the same.

Consoles are streamlined; they’re built primarily to play video games. PCs come in different variants: some are meant for work, while others for play. Trying to turn a work machine into a gaming machine usually ends up in nothing but disappointment. On the other hand, it should be obvious why they’re called “video game consoles” in the first place. Developers don’t have to hurt their heads trying to appeal to a mass-market, simply because regardless of how many different people have a specific model of console, they all have almost completely identical copies. While their may be certain changes like hard drive space or aesthetics, the core system remains the same until the next generation. PCs don’t really have generations. Their technology is constantly progressing and changing. It’s a completely different experience from that of consoles, even if their designs have started to become a little more similar to each other.

Since consoles come in generations, the biggest change has to deal with graphics. Since PCs don’t really have generations, the progression of visual fidelity is much more abrupt. Console titles tend to look better as the years go on, but once the limit has been achieved, then gamers are left to wait for their successors before they see a true upgrade. Despite the difference in power, multiplatform titles are still constantly being stacked up against consoles and PCs. While this made sense in the past, it honestly doesn’t now. PC titles will always look better due to the more powerful technology. Nevertheless, this is still a huge factor in the ongoing battle.

In the end, while it’s true that PCs have a lot more raw power than consoles, they’re different beasts. It’s not a comparison of oranges and tangerines, it’s more like apples and oranges; they’re both round and juicy and they’re both fruits — but that doesn’t make them the same thing.