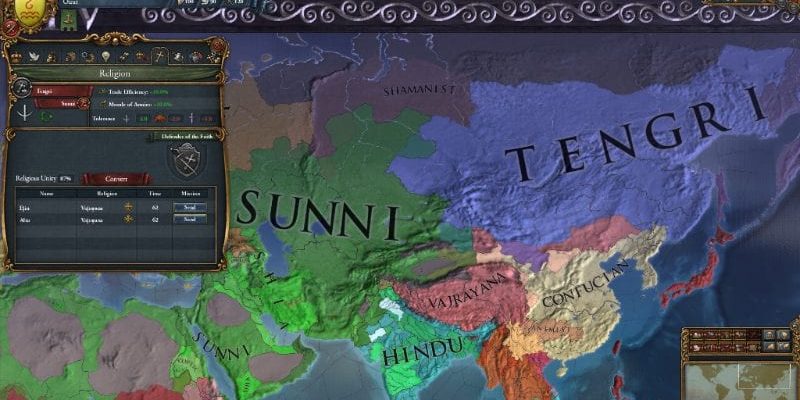 The next expansion for Europa Universalis IV now has a release date; the Cossacks will be showing up on 1 December, and they’ll be bringing some new features with them.

Diplomatic changes will allow players to highlight territories for expansion (showing both allies and enemies your ambitions). The ‘Estates’ system will let you designate clergy, nobles and merchants as caretakers of your lands, and Nomadic nations will now have to pay attention to “the horde unity of their tribes” (maintained by pillaging). There’ll also be new spy actions to let you peek at the technologies of more advanced nations.

As with prior Europa Universalis IV expansions, Cossacks will launch alongside a free update that implements certain new features in the base game for all players to enjoy.