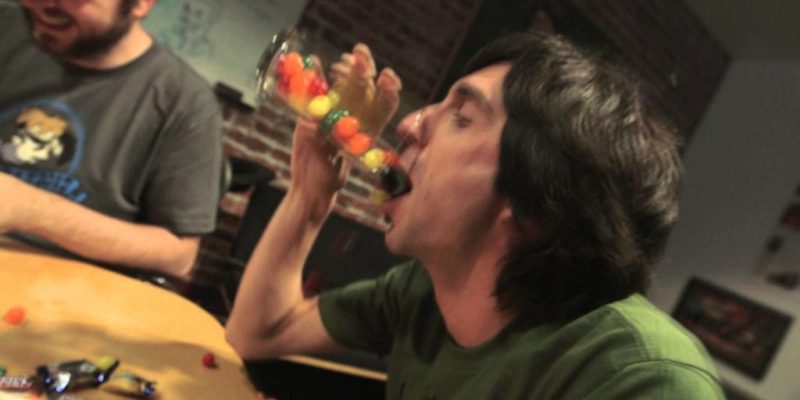 An exclusive first look at a screenshot from Costu … wait, that’s Tim Schafer jamming a pumpkin into a juicer.

Double Fine is teaming up with Midnight City (Majesco’s indie label) to release Costume Quest 2 in time for Halloween 2014. As far as I know this is the first sequel Double Fine has ever made, so that’s a bit of a landmark. Part of me is a bit sad about that, but it’s fighting with the other part that would enjoy playing more Costume Quest.

Wren and Reynold will return, with new costumes and (perhaps most important) “a sweet upgraded battle system.” Much as I liked Costume Quest, the battle mechanics got pretty repetitive even in a three hour game. Adding a bit more depth (or just upping the difficulty level a bit) could work wonders.

That’s about all the information released so far, but if you’d like to see Tim Schafer carving the hell out of a pumpkin then the announcement video below is for you.

Boost World of Warcraft characters to 90 now. Warlords of Draenor due around 20 December