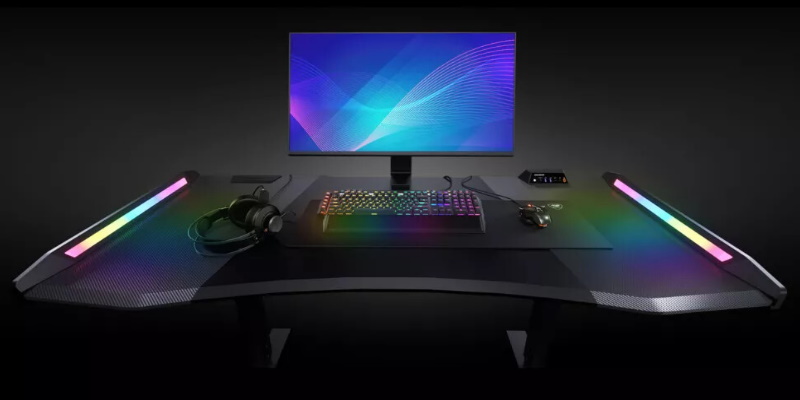 Gaming desks are a market for those who are looking to optimize their setups. They are generally high-end desks that feature utility such as USB inputs as well as a ton of RGB lighting. The new Mars Pro 150 revealed earlier today by Cougar is no exception to those rules.

Building on its existing Mars range of gaming desks, the Pro 150 is being marketed as a a top-of-the-line option for PC owners. It is similar to the Mars and Mars 120, but has a handful of extra features to help differentiate it. Neither a release date nor price point has been announced as of yet.

The Cougar Mars Pro 150 measures 60 x 29.5 x 30 inches. This means that it isn’t the largest desk on the market, but will likely provide more than enough space for the majority of users. At that size, general PC hardware will fit fine but users who like to place their tower on top of their desk may struggle for space.

The height of the desk can be adjusted between three presets. These presets are 29.5, 31.5, or 33.5 inches from the ground. This flexibility should make the Mars Pro 150 excellent for seated gaming but is likely too short to function as a standing desk. 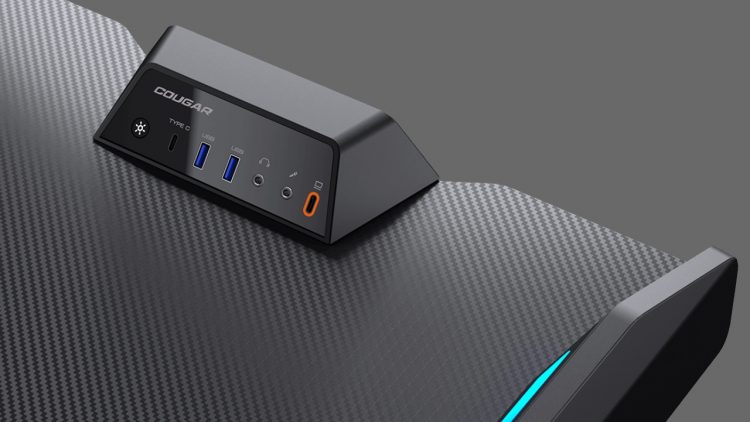 Unlike the regular Mars, the Pro 150 comes equipped with a USB 3.0 Type-C and a Type-C Monitor Extension. There are also two USB 3.0 Type-A ports, a 3.5mm audio jack, and a 3.5mm microphone jack. The desk weighs in at roughly 88.6 pounds (or 40.2 kg), which is marginally lighter than its predecessor. This weight reduction is thanks to the Pro 150’s lightweight carbon fiber finish.

If aesthetic is what matters to you, the Cougar Mars Pro 150 shouldn’t disappoint. This gaming desk is covered in RGB which can be altered with software like Gigabyte RGB Fusion and ASUS Aura Sync. It can also be set up to synchronize with your system peripherals if desired.

Among Us Love Couple mod gives you another way to win