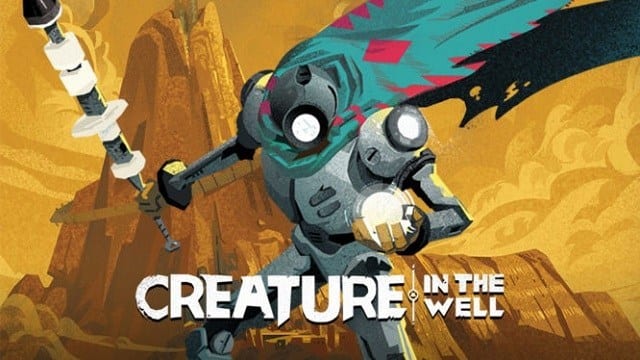 If anything, Creature in the Well already won the award for the best portmanteau of the year. This is the world’s first “pinbrawler,” which is what you get when you mash pinball and brawler. The game is out today on Steam and GOG, and it is also available for free to Xbox Game Pass subscribers on Windows 10.

You are the last remaining BOT-C unit, and you must venture deep into a desert mountain to restore power to an ancient facility. A desperate Creature haunts this facility, and you must face it as you make your sojourn down its depths, uncovering and upgrading powerful gear. Your goal is to free the city of Mirage from a deadly sandstorm.

Creature in the Well features

From the looks of it, you’ll actually play pinball with swords. You can charge up energy orbs, then bounce and ricochet them to reactivate dormant machinery to try and stop the sandstorm. In order to defeat the Creature, you must escape many challenges, but also confront it in intricate battles that are heavily skill-intensive.

There’s also some dungeon crawling as you delve deeper into the mountain to unlock eight hand-crafted dungeons. Each dungeon holds unique gameplay themes, unlockables, and secrets to uncover. You’ll get to customize your play style with upgradeable weapons and clothing that change the way you approach the gameplay.

This looks like a truly unique take on the brawler genre, meshing with pinball mechanics. Just based on the footage I’ve seen, it looks immensely fun and full of potential for combos and creative use of the mechanics. I look forward to trying this out at some point.