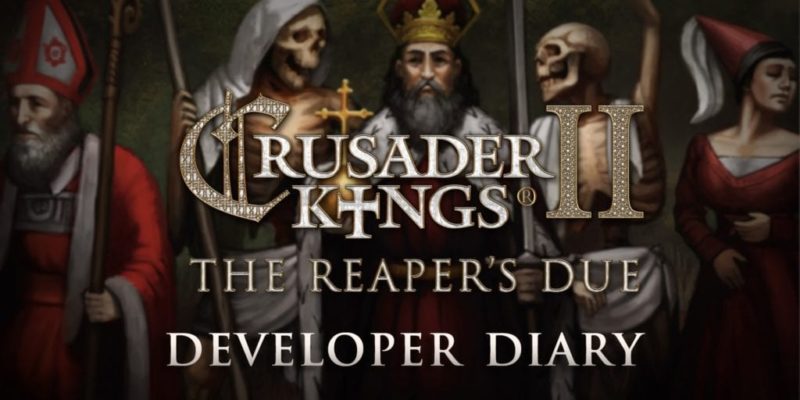 The Black Death will be sweeping across the lands of Crusader Kings 2 from 25 August, as a new Paradox developer diary explains the lovely pestilent features of The Reaper’s Due DLC. Henrik Fahraeus takes great delight in announcing that, until this expansion, characters in Crusader Kings 2 were just living too darn long.

The Reaper’s Due is going to sort all that out, by forcing monarchs to hide behind their walls when the plague comes knocking. You might run out of food. You might start suffering from paranoia. You may need to find a handy scapegoat for the suffering of your people (witches always works well in Medieval times). Even if you have a court physician (a new honorary title in the DLC), the results of his Medieval medicine could be … mixed.

On a definitely unrelated note to the above reference to medical mishaps, it’s now possible for Crusader Kings 2 monarchs to be scarred, maimed and disfigured in some way. If you’re more into inflicting pain on others, Reaper’s Due will add additional ways to torture and execute people in the game. Complete with amazing sound effects.

See all of those things explained, along with a few more features, in the developer diary video below. The Reaper’s Due will be $10 USD.