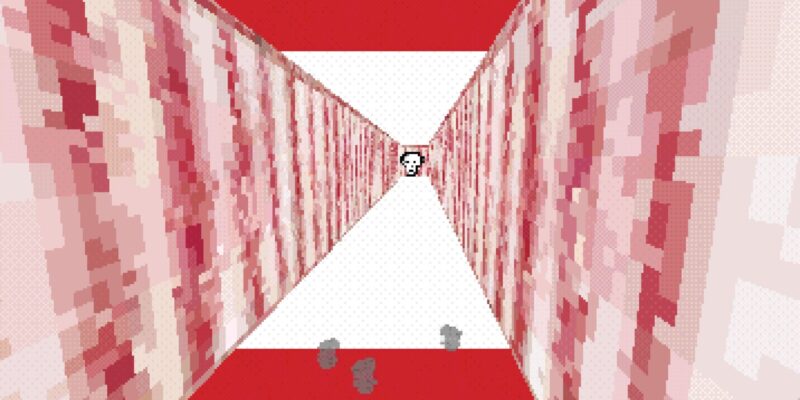 I’ve played a lot of games based on other things in my day. Games based on movies. Games based on comics. Games based on sodas and fried pieces of corn covered in cheese. But Cuccchi is probably the first time I’ve played a game based on the works of a painter. In the title, I described it as a digital art exhibit, which is fairly accurate. But it’s more of a game than that gets across. It can be completed in half an hour and doesn’t have much that will inspire repeated plays, but I still can’t shake the way the game made me feel.

As for how Cuccchi takes inspiration from Cucchi’s art, nearly everything you see in the game is a heavily pixelated, digitized version of something that appeared in one of the artist’s paintings. The game is absolutely smothered in personality and atmosphere. Whether you’re walking through a foggy maze punctuated by dead trees, or struggling to find your bearings in a sea of pixelated confetti within a green void, the game has a lot of impact. Enzo Cucchi’s paintings have a lot of very specific stylistic touches that make them truly memorable, and the game’s levels do an excellent job of transferring aspects to a separate medium.

Cuccchi only has seven levels, and they vary in length. Some can be completed in as little as a minute. A couple can be straight shots from the start to the exit. Others have a combination of exploration and maze navigation. Each level has eyes to collect. For each eye you find, one of Cucchi’s pieces will appear in the game’s gallery. But that’s not all these do. Giant 2D skulls patrol the game’s mazes and can hurt you. You can take a hit for every eye you collected prior, but if you get hit without any eyes remaining, you have to start the level over again. 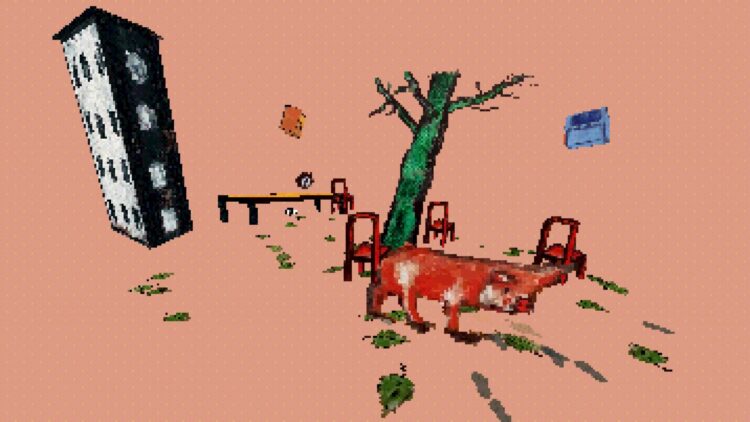 The colour and the shape

Granted, the game isn’t hard. Level four was the only time I died at all. That was mostly because there were too many fast skulls in a maze that it was often impossible to avoid them. In addition, I didn’t find any eyes prior to the start of that maze, so that made matters much worse. The only other gripe to note is that it’s sort of hard to find the exit in level seven. Getting your bearings in that level is tough, on account of it being densely covered in random stuff in tight areas.

If you actually wish to locate all of Cuccchi‘s eyes, you might get an hour or so out of the game in total. But I see myself going back to it just to re-experience some of the insanely unique vistas that the game provides. The opening level where you fly through space while stopping to look around areas that exist like celestial bodies is a sight to behold. The game is quite simply a unique and interesting way of experiencing some bizarre and breathtaking artwork quite unlike anything I’ve seen before. That alone makes this gallery well worth the price of entry. 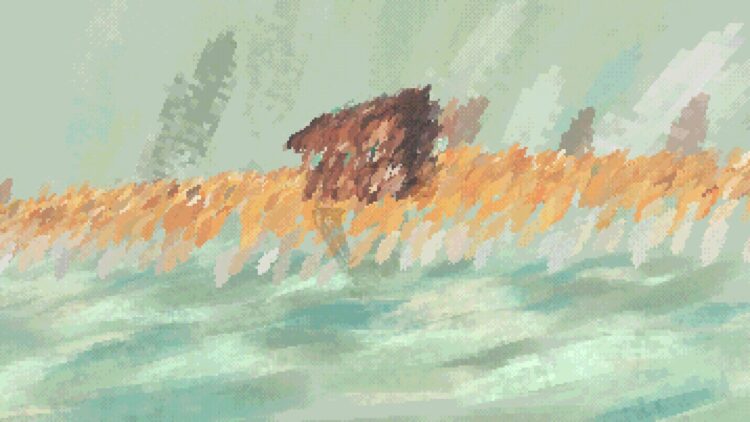