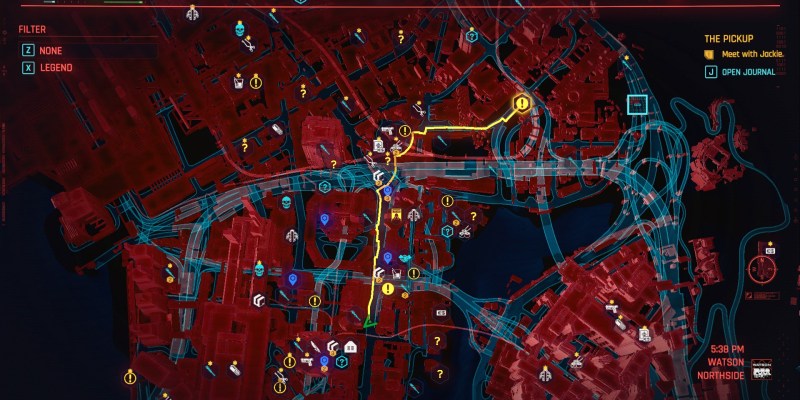 When you’re trying to make your way around Night City in Cyberpunk 2077, there are several different ways to speed up the process of getting from point A to point B. The problem is, those options aren’t necessarily spelled out explicitly well. Personally, this impacted me almost immediately after starting the campaign. I’ve never been a huge fan of driving in open-world games, so I would liberally make use of fast travel whenever possible. Here’s a basic walkthrough of this key functionality.

Where many games will just let you jump around between locations you’ve previously visited, in Cyberpunk 2077, you actually have to slum it on the bus. You heard me right. You’ll be stuck trying to make do with public transit, right along with the rest of the city’s miscreants. If you’re trying to get around without a wheelman, it’s very important to learn about the fast travel kiosks scattered around the city.

First off, to fast travel you’ll need to hoof it to one of the numerous fast travel kiosks scattered around the city. These key locations are designated on the map with a blue hexagon. If there’s a mission that’s either already being tracked or in progress, setting an additional waypoint on the map will now show up as a second, blue line. This secondary line is used to explicitly spell out the path to the kiosk. 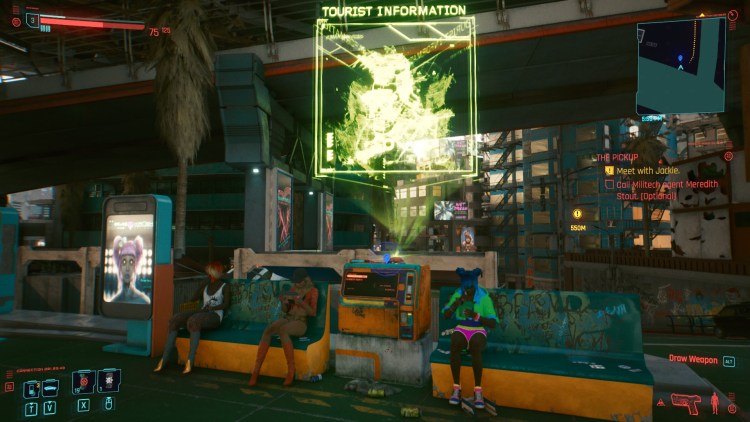 Once you’ve reached and activated the travel selection screen, then it gives the option to select from the available stations. Early on, these kiosks are going to be few and far between. However, once you’ve explored (or in some cases, simply driven through) any of the boroughs, new fast travel stations will start appearing on both the main map and the fast travel location selection screen. 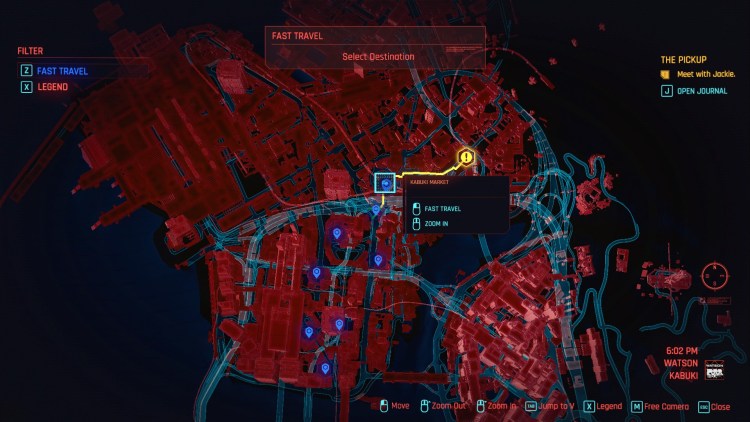 Unless you’re intent on further exploring the city, it may best off to select an ending station that’s closest to the next objective. However, if your station is still a decent distance away from the next mission objective, once the game reloads after the fast travel, the usual yellow guideline will still now be adjusted to match the new route to the mission.