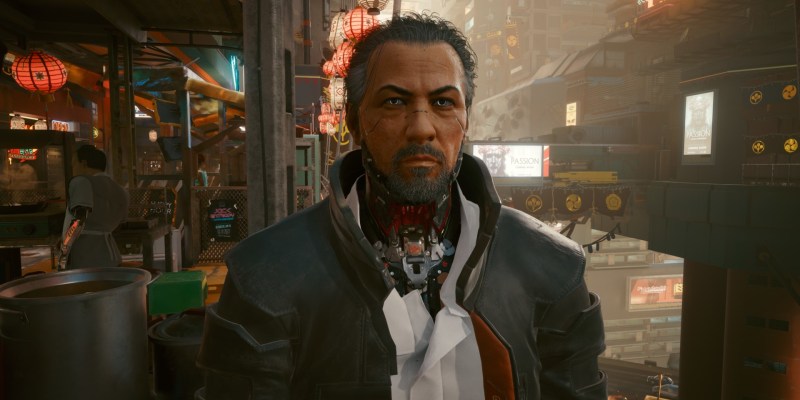 Goro Takemura is one of V’s most trusted allies in Cyberpunk 2077. However, several hours into the campaign, you’re presented with a choice that can affect his fate. Here’s our guide on how you can save Takemura.

The first time you meet Goro Takemura, you’ll know that he’s the bodyguard of Saburo Arasaka, the head of the Arasaka Corporation. The next thing you know, the elder Arasaka gets strangled by his son, Yorinobu. In a twist of fate, he frames V and tries to get rid of Takemura, too.

From this point onwards, Takemura becomes an ally who plays a major role in Cyberpunk 2077‘s main quests. In one such quest, “Play it Safe,” Takemura tasks you with eliminating snipers so he could reach Hanako Arasaka to inform her of her father’s true killer. Let’s just say that things don’t go according to plan. Then, in a subsequent mission (“Search and Destroy”) where you go to Takemura’s hideout, Arasaka security forces attack. Your character falls down several floors and you’re prompted to escape the apartment immediately. Johnny Silverhand even goads you that it’s too late to save your buddy and you should just make a run for it.

However, you can save Takemura, and it’s actually one of Cyberpunk 2077‘s secret objectives during this quest. 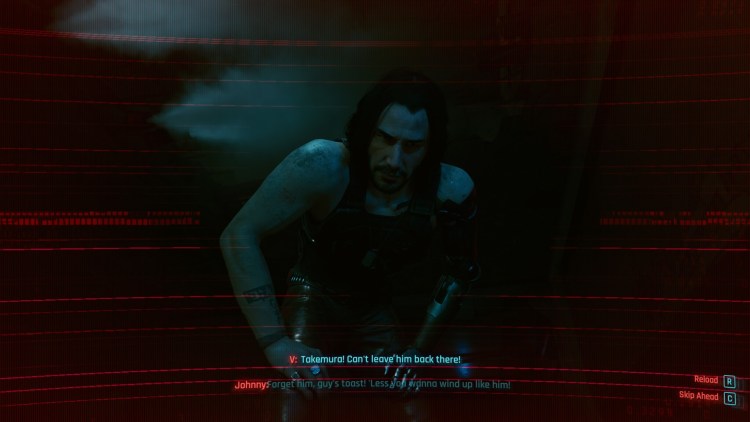 First, ignore the directions on the minimap. These will make you leave the building.

Instead, look to the left of the lit cross to see a collapsed wall. Crawl through the opening. Eliminate the Arasaka baddies you see here. In the next section, you’ll spot a stairwell to your left and double doors further ahead.

Go up the stairwell and back inside Takemura’s apartment. There are several hostiles here who are all trying to take out your pal. After killing them, you and Takemura will have to escape the building. More guards will pop up so make sure you beat them down. 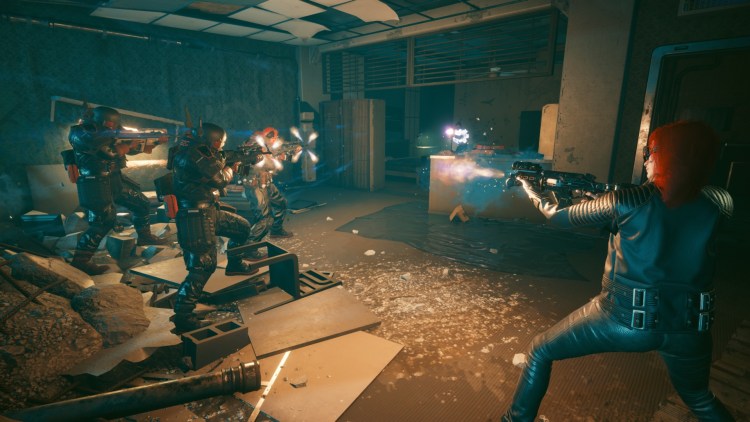 Once the two of you have exited the building, Takemura will say that you need to split up. In the next scene, he’ll call V and send a message as well.

The next time you spot him, he’ll show up in one of Cyberpunk 2077‘s ending branches. You’ll also get “The Devil” achievement for rescuing him.

Note: If you didn’t save Takemura, only Hellman (a more forgettable side character) will show up.