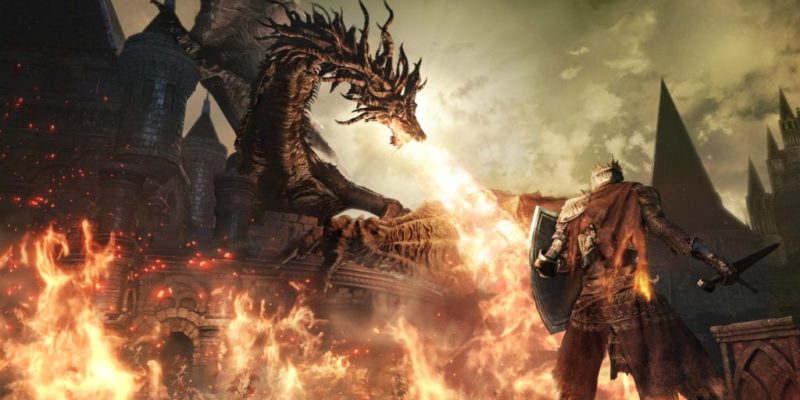 Just as at E3, Microsoft’s press event at Gamescom had some surprise Dark Souls 3 footage. This time, it’s actual in-game stuff, including very quick looks at what are undoubtedly some bosses.

Needless to say, if you want to go into Dark Souls 3 in 2016 completely blind, then this trailer should be avoided.

It starts with a bit more lovely lore, alluding to the ‘fading flame’ and a pilgrimage of some sort. I’ve an idea what the first part is referring to (one of those Souls cycles of light/dark,) but not so much the latter. Judging by the state of the environments shown so far, this installment will focus even more heavily on a sense of decay.

There’s a touch of the Bloodborne to some of the quicker moves shown in this footage as well, and at least one of the new attack moves (a wide, sweeping slash) is presented as well. But there’s also plenty of familiar Dark Souls stuff involving shields and backstabs.

Oh yes, and a giant looming skeleton face, some kind of armoured mole/rat(?) boss, a spindly guy who seems keen on slamming players into the dirt, and an angry dragon. Plenty of horrifying creations.