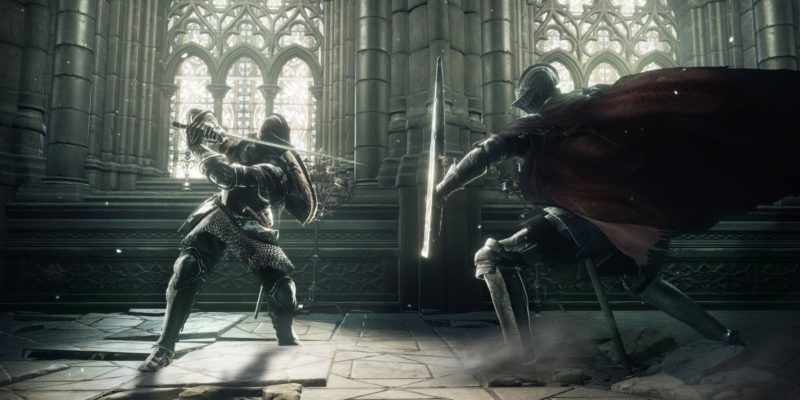 There was apparently some kind of recent Dark Souls 3 press event (don’t ask us, we don’t do them), whose embargo lifted today. As a result, a bunch of new screenshots have been pushed out onto the internet by Bandai Namco.

They confirm that everybody’s favourite sun-praising gesture will be making a return (not sure if that was known, previously), and the broad spread of outfits demonstrated in the shots bodes fairly well for those of a Fashion Souls persuasion. There’s also an image showing a purple-hued knight being summoned; I’m not sure what that indicates, but he’s definitely a different colour from the usual red invaders and blue ‘anti-invader cops’.

Something new for Dark Souls 3, no doubt. Probably a specific covenant.

Have a look, below.