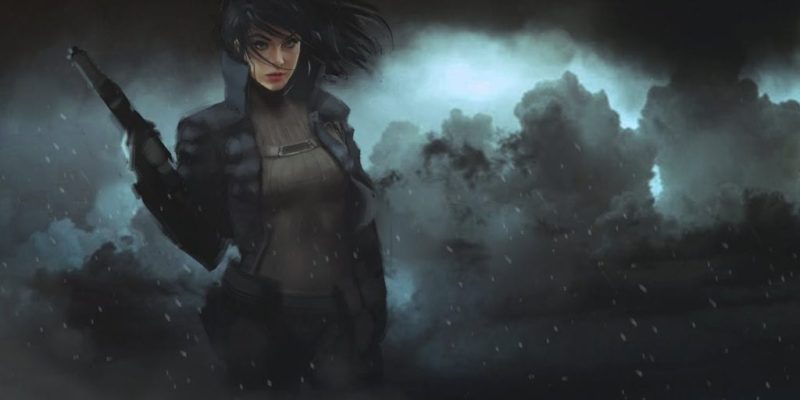 Fenrir Studios will shortly be launching a Kickstarter campaign for Dark Storm: Ascension.

Described as a game “in the style of” Metal Gear Solid and Deus Ex, Dark Storm: Ascension,  is set in a world gripped in an eneergy crisis and the last hope is the exploitation of Dark Matter.

Players take on the role of protagonist Amber Kingsley, a dishonourably discharged Special Forces officer now hired by a private military organisation called Ancille. Amber’s job is to protect the high-tech Apex Facility in the heart of Alaska. Trapped in the facility, Amber sets out to find her friend Jill Halley. On finding her friend Amber hopes to find out the who the facilities mystery attackers are and discover the objective.

The Kickstarter campaign will get underway on 3 August where they will also be giving away access to Dark Storm: VR Missions. These are also available on Steam as a demo of what’s to come but they describe is as “a single player game than a modest technical demo of mostly unfinished ideas and gameplay mechanics”. Think of these ten VR missions as a test of your stealth abilities.

Fenrir has already released a teaser video for the game which you can see below. To follow the game also check out their official website and watch out for the Kickstarter launch in a few days.

Witcher 3 getting New Game Plus mode as final free DLC

Party Hard – The Game For People Who Dislike Partying Hard