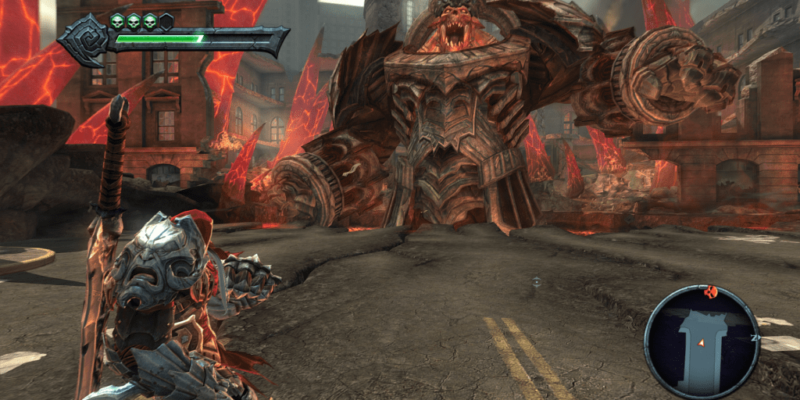 The Darksiders ‘Warmastered Edition’ came out today on PC, and was (in a neat gesture) free to owners of the original game. Things aren’t too hot, though, if you own an AMD card of (it seems) pretty much any vintage.

I’ve been playing a bit of Darksiders Warmastered myself on a 4GB 380X and the performance is … not good. Major frame-rate drops in the opening (city battle) area, from well in the 80s (I’ve got v-sync off at the moment) to somewhere around the 30s during combat. This is at 1080p with a pretty modest range of settings; FSAA has been noted as a frame-rate hog, but I’m only using FXAA. Latest drivers too, the 16.11.5 set.

I’m certainly not alone here. There are several AMD GPU themed threads popping up in the game’s Steam hub, with this one being the most populated. Various AMD models are cited, all with frame-rate issues. That’s correlation rather than causation for now, but since there are reports of a smooth 60fps/1080 on Nvidia’s 950 card, this looks an awful lot like an AMD-specific issue.

So, whether you got it as a freebie or are tempted by today’s sale offer of $4.00 USD, it’s probably best to hold off on Darksiders Warmastered Edition if you own an AMD GPU. At least until the situation is clarified.

Update 2 December: A patch released for the game today seems to have resolved the AMD issues (I can’t speak for everybody, but it fixed my own problems).