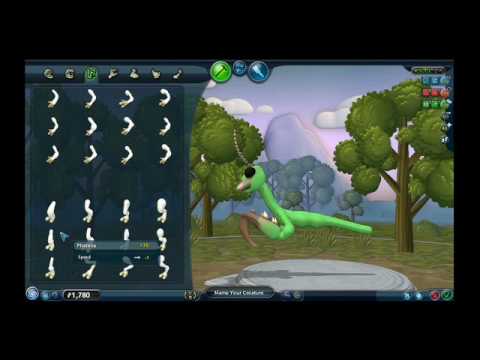 Darkspore was announced last year as part of a multi-title EA event, and it wasn’t an idea that immediately slapped me about the face with innovation and excitement. I was much more interested in another of the games revealed that day. Yes, my dream of playing in the NFL was going to be realised at long last with EA Sports Acti … ok, no, it was actually Kingdoms of Amalur that caught my eye. Curt Schilling impressed me with a passionate talk, then rather spoiled it by forgetting to show anything substantial from his game. Silly man.
Anyway, Darkspore sounded like a half-hearted Diablo-in-Space and Space Siege had already provided quite enough of that. I found the uncharitable term ‘Darkbore’ floating its way playfully through my mind.

Having played the latest weekend beta session for the game (something you can do next weekend if you grab a key from our lovely site), I’ve revised my knee-jerk view. The game kind of is a Diablo-in-Space … but it has plenty of its own ideas and charm too. Most notably, the inclusion of that bit everyone actually enjoyed in Spore.
Maxis realise that what a lot of players want from their isometric, third-person dungeon (or, in this case, space) crawlers is the ability to endlessly tinker around with heroes and a sense of depth to the loot system. Darkspore looks like it’ll provide both of those.

As noted, the game is opting for a sci-fi direction, which for this genre counts as minor innovation as they’re almost always rooted in high fantasy. Players take the role of a ‘Crogenator,’ a kind of scientist-god who’s been fiddling around with DNA and creating all manner of weird beasties. Unfortunately, said fiddling has also resulted in E-DNA, a screw-up of “Whoops, I’ve accidentally invented an automatic cancer generator with no off switch” proportions that has infected much of the universe with nasty ‘darkspore’ creatures. This backstory is a neat excuse for you to send three-creature squads on planet-crawling missions to recover sweet gear and commit guilt free genocide. Hurrah.

Those creature-heroes fall under five different “Genesis” types (Cyber, Plasma, Bio, Necro and Quantum) which dictate the kind of skills they’re likely to possess. Necros enjoy a spot of life-draining, for example, while Plasmas love fire and lightning. Within the Genesis types, you can find a selection of the usual Tank/DPS/Healer-Support archetypes.
As you undertake missions and earn experience points, you raise in level as a Crogenator. In turn, this unlocks more creatures for you to include in your squad and, ultimately, lets you add whole new squads too. For this beta session the Crogenator level was capped at 10, but that still provided a decent look at eight or nine different creatures from wide selection available. There was a reasonable amount of variety in the unlocks I achieved with my time, but I’m wary about how unique the playable heroes will ultimately be.

Visually, at least, the creatures should retain some unique aspects. This is thanks to the inclusion of a cut down version of the Spore creature-creator, enabling players to tweak and alter their favourite heroes. Of course, the difference between this and Spore is that there’s no creating beasties from scratch. All of the creature-heroes have a ‘base’ form which can be changed, but this is quite a distance from being given free reign to rustle up a galaxy-saving champion shaped like a giant belly-button. Which, let’s face it, is what we all want to do.
Darkspore feels poorer for this, but it is still possible to change things like the size and shape of appendages, rotate horns and spikes or spray-paint the creature’s body a mottled purple colour. In addition, the ‘loot’ collected in levels tends to take the form of new nodules and accessories to put on your creature-doll (if you fancy turning some breastplate-like armour into a snazzy hat, you’re free to do so). Cleverly, Maxis have also included the ability to remove the specific stats from an item and just use it for decoration (if, for example, you loved your bulbous tentacle but wanted to upgrade to a noxious fingernail because it adds +4 to your strength).

So loot/gear will not only improve your champions, it’ll also literally alter their bodies and provide a lot of scope for creative tinkering. In fact, Darkspore’s loot system has multiple levels. On a mission, you’ll find basic health and ‘power’ (think mana) pickups, along with DNA strands which are essentially money. The health/power drops will actually be applied to all of your heroes in the squad, not just the one you’re actively using, and to all players if you’re playing co-op.
Occasionally, you’ll come across orbs which go into a 3×3 grid in your inventory. Collect enough of these in the same colour and line them up, and they’ll provide additional stat-boosts and upgrades for the duration of that mission. There are also gear/nodule pickups that are the equivalent of weapons or armour and can be applied to your creature after the mission is complete.

Or … you can gamble. Darkspore knows you love loot. And it knows you’d probably like some better loot, so it offers you the chance to receive improved rewards by simply undertaking another mission. Then it adds some small-print under its breath. What’s that, Darkspore? I’ll get better rewards, but if I die on the next mission I’ll get nothing? Oh you pesky rotter.
Naturally, this system is designed to tap directly into our risk-reward centres and pump them full of temptation. I think it’ll work, too. During my time with the preview, I never failed to get the improved rewards – but only the early, easier levels were accessible. I suspect the early encounters will lure people into thinking that higher rewards will always be a cakewalk, only to bring them crashing down with some later, harder missions. Devious.

Due to the low-level nature of this beta session, it was hard to get a clear idea how important the squad mechanic will be in solo or even co-op play. It’s possible to ‘beam in’ one of the three new heroes mid-mission when you feel the need to utilise a different tactical approach (say, something projectile rather than melee based), but the only time I really found myself having to use this feature was when faced by a foe of my current hero’s own Genesis type (which results in double damage being received).
After five or six levels, Darkspore offers you ‘group’ abilities; special skills shared between your squad. At this point I was mainly using Lumin, a chap who can conjure a gigantic lightning storm to kill everything on the screen. Backed up by the shared ability to slow foes down with deadly brambles and a handy skill that made him immune to projectiles, he felt somewhat unstoppable.

Again, these were early levels so it’s no surprise they were relatively easy, but when you start off with a guy who can zap everything onscreen it’s difficult to see how that will scale up effectively. What’s his mid-level skill going to be, the ability to call in a galactic airstrike to energy bomb the planet into submission? Actually … that sounds pretty great.

It’s worth noting here that in co-op there are a lot more enemies to deal with, but there are also (obviously) more creatures, as each person brings his or her squad to the game. Co-op also opens up the possibility of combining powers in even more helpful ways such as whipping up a dome that slows enemies down, while another player lays into them with a few area of effect skills. Or, as is more likely to happen, you yell at your buddy to slow the enemies down, but he doesn’t and you die as a result and then you go and have a bit of a cry.

Darkspore’s mission-planets are, from what I experienced, pleasantly varied. The colour palette reminded me of Torchlight, and there are definite comparisons to be made between that game’s lush, underground jungle levels and a set of jungle-based planet missions here. I also battled through snow planets (where my creatures, no matter how many feet they possessed, left accurate footsteps – a neat touch) and various outer-ring asteroid belts, which had enough subtle hues and atmospheric, crystalline waterfalls to remain interesting.
Of course, there’s no telling how often these settings would repeat in the full title, but these early levels suggest quite a selection of planetary backdrops. The inhabitants too had clever, wide-ranging designs (from creatures that would heal others, to ones that magnetically drew my creature to them and others which would just set me on fire) which I believe have partially been the result of community-based contests. It’s just a shame I was able to cleave through them all so easily.

Player-vs-Player is also present in the game, but thanks to some calamitous experiences with the Darkspore downloader tool, I really didn’t have a chance to explore it properly in the time I had available. It appears to be a standard, arena-based approach (2v2 and so on) – though with the added tactical spice of needing to bring the best possible combination of heroes to the fight. With so many creatures to balance, there has to be a concern here that near-unstoppable combos will quickly emerge. Hopefully Maxis will keep a close eye on things post-release in case certain heroes need a boost or a downgrade.

With Dungeon Siege III, Torchlight 2 and (maybe) Diablo III all on the way this year, the isometric dungeon-crawler field is looking rather full. Darkspore should be able to trade on its sci-fi basis to stand out from that pack, and may have an edge when it comes to creature-customisation and an interesting twist on the loot system.
However, I do have reservations about how distinct the hero-creatures will really seem after players have unlocked a stable full of them, and whether the overpowered feeling I got from the beta session was just a symptom of the early levels or a wider problem. Whatever the case, I’ve seen enough to be rather interested in how Darkspore turns out; and that’s somewhat contrary to how I felt after its announcement.