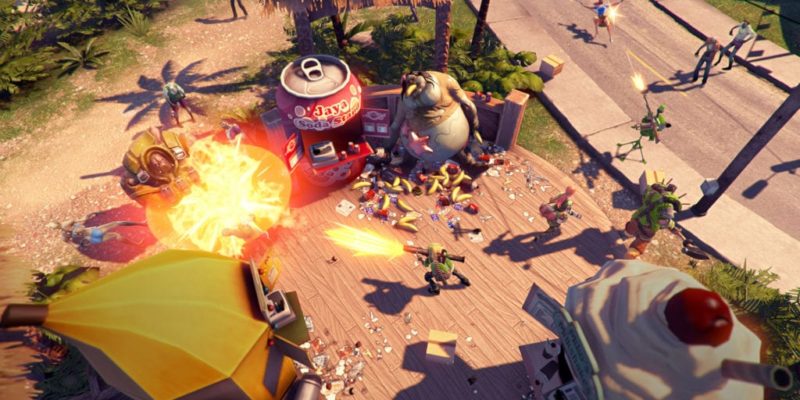 Deep Silver has announced the closure of Dead Island: Epidemic, the Dead Island-themed MOBA. From 15 October, the servers for the game will be switched off.

The title never left (and now never will leave) Early Access, though did manage to make it through Alpha, Closed Beta and into Open Beta testing before having the plug pulled.

“Over the past weeks and months we’ve been evaluating how to proceed with Dead Island: Epidemic and looking towards the future for the game”, a statement from Deep Silver posted on the Epidemic Steam community hub reads. Evidently, the decision reached was ‘it doesn’t have one’.

Between now and the impending October doomsday, there will be a “a very large discount on all characters and boosts to give everyone a chance to spend any remaining currency on characters and items you may have wanted to try”. I can only assume that’s talking about in-game currency, because I doubt many people are going to splash out real cash on a game that’s about to close.

As someone who didn’t play Epidemic it’s easy to feel ‘well, just another dead MOBA’ about this, but reading the comments beneath the announcement reveals a fairly close-knit community of players and friends who seem genuinely disappointed.

Spare a thought for them, as they decide whether SMITE, or something else, will become their replacement MOBA of choice.

Tales of Zestiria supports 4K on PC, but is also 30fps