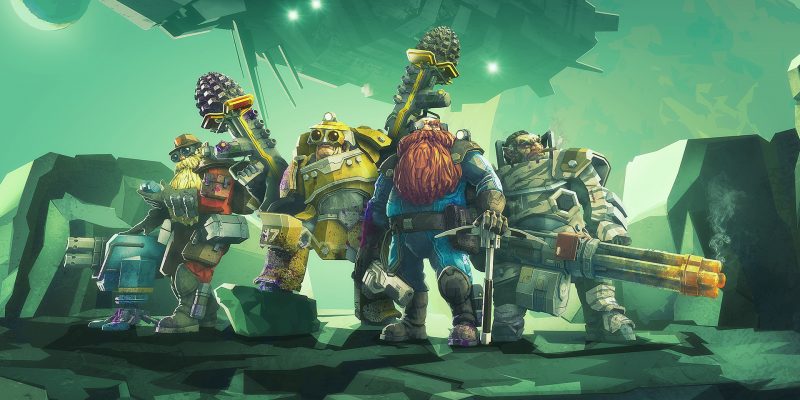 A post from Ghost Ship Games, the developer behind Deep Rock Galactic, outlined what 2021 will look like for the game. The space-faring dwarves will have two updates to look forward to this year. The first update for Deep Rock Galactic is set to land in April. Another larger update is planned for Q3 of this year, arriving in August at the earliest.

The update landing in April seems small, but only when compared to the other one coming later this year. Update 34 will add modding support to the game’s Steam version, with a bunch of tools for players to use. Besides letting players put whatever they want in Deep Rock Galactic, modding will bring a lot quality of life features. Players can use server tags and filters to target or stay away from modded games for instance. A menu specifically for modding is also on the way and will let players enable or disable mods with a single click. To ensure that nobody ends up with a ruined save, save game profiles are also being added. It should be noted though that this update won’t bring Steam Workshop integration, so look for mods elsewhere, like Nexus Mods.

The second update listed on the Deep Rock Galactic roadmap is a bit of a doozy. Ghost Ship Games has outlined an ambitious list of additions to the game, although they’re apparently a necessity. “Deep Rock Galactic is here to stay of a long time – there are no signs of fading, quite the opposite – so we need to think further ahead,” the developer said. As such, this update covers everything from weapons to mission types and cosmetics. 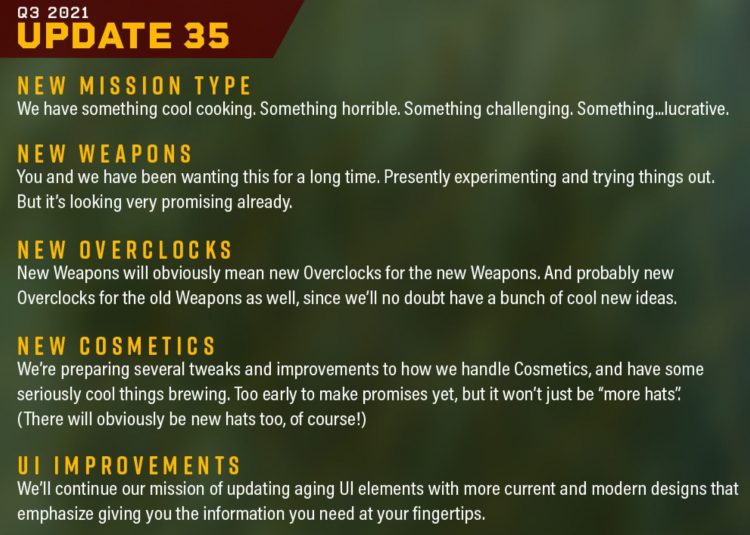 When update 35 arrives later this year, players can expect at least one new mission type. There aren’t any hints towards what it could be, but a small description hints at it being “Something horrible. Something challenging. Something… lucrative.” To tackle whatever Ghost Ship has in store, players will also be getting new weapons, as well as new overclocks to go with them and existing weapons. Finally, cosmetics are getting some tweaks and improvements, along with some new additions. More content may be added to this update, but according to the update “it’s so far away the content is obviously not finalized.”