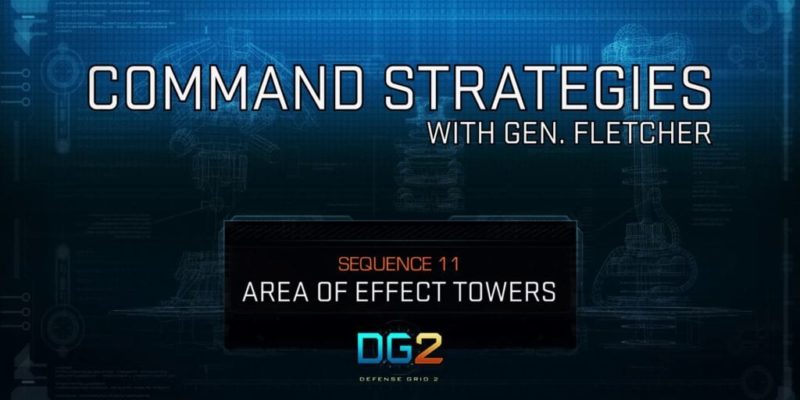 The series of Defense Grid 2 videos continues with a discussion of how best to employ area-of-effect towers.

Defense Grid 2 features three such things – the Inferno tower, the Concussion tower, and the Meteor tower – each of which hits multiple targets, but has certain spots where they’re most effective. Inferno towers jet out a cone of flame, so they’re most useful when they don’t have to track passing enemies and can just incinerate everything in front of them. Concussion towers hit everything in a radius around them at once and aren’t blocked by other towers, so they can happily sit behind your front-line defences. Finally, Meteor towers can’t hit things that are too close to them, but have a massive maximum range, making them perfect for sitting in unreachable interior build spots so that they can just lob fiery death at the encroaching alien hordes.

Anyway, you can see the trailer below. Defense Grid 2 is due out in September, and you can pre-order it now to get access to the beta.

DayZ patch with item persistence now on stable with issues