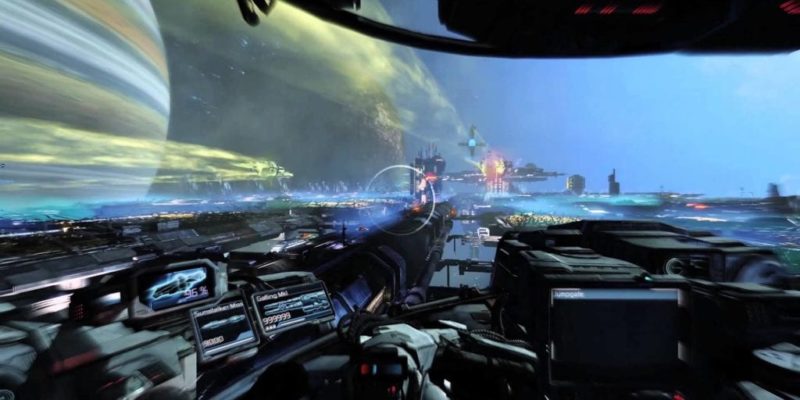 You can probably own one of these and start your own tree empire.

Egosoft aren’t settling for any half measures in their latest entry in the X series. X: Rebirth is about scope and scale. Not merely the size of the universe (although that will probably be pretty large too,) but in the depth of action available to you. You’ll be able to fly around and into intergalactic cities made up of separate buildings, go inside the buildings, interact with people, maybe set up some trade deals. It’s up to you.

Or, you could get violent and mess stuff up. Egosoft’s aim is for everything in the universe to be part of something greater; if you disrupt a trade route, it will have an effect. If you damage a space port or factory, it will be less efficient and effective. The grand claim for X: Rebirth is that your actions will ripple outwards, no matter what you do. It’s a claim that’s been made before, but the new video (below) is quite convincing in selling it.

Here’s the other big question: will this version of X actually be intuitive to play? They’ve had some issues with that in the past, but a different video about how the game controls suggests this is being addressed.

Still, if you have any interest whatsoever in space sims you should absolutely watch this trailer. X: Rebirth will launch in Europe on 15 November and in the US on 19 November.