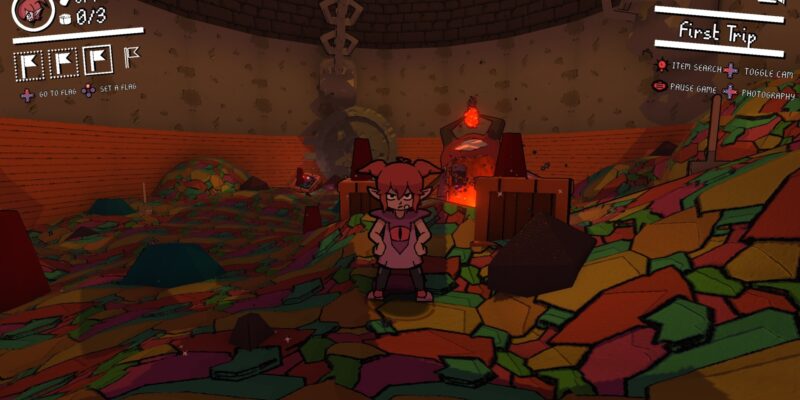 I love 3D platformers a little too much. The genre is mostly dead and, hell, when we do get games, the controls aren’t always there. I got to get an early look at Demon Turf though, and I am more than happy to say that the controls are phenomenal. I poked around the game’s first world and hub and have been getting a pretty good feel for it. It’s aiming to come out later this year and, if you’re in the market for the next big 3D platformer, I think you may be quite pleased with what these sprites are up to.

Demon Turf puts you in control of a demon girl named Beebz. She lives in a world ruled over by a Demon King straight out of every other fantasy anime in existence. Only, Beebz doesn’t care much for him. Her goal is to simply bust into his castle and kick his demonic ass. The game opens up with a dream where the king ends up taunting her. Big mistake, pal. She sets out to knock him down a peg or three right after crawling out of bed.

Beebz has free reign of a hub that Demon Turf‘s worlds are connected to. Although the game world is fully 3D, all characters are sprites. They can all also be spoken to. You can take on side quests in the hub, some of which are tied to taking pictures that an NPC informs you of. It’s a fun little diversion. The real meat, of course, is in the levels. It doesn’t take long before Beebz is able to enter into the first world, which is a smaller hub connected to multiple levels. Each level rewards you with a battery upon completion, plus there are cakes to find. 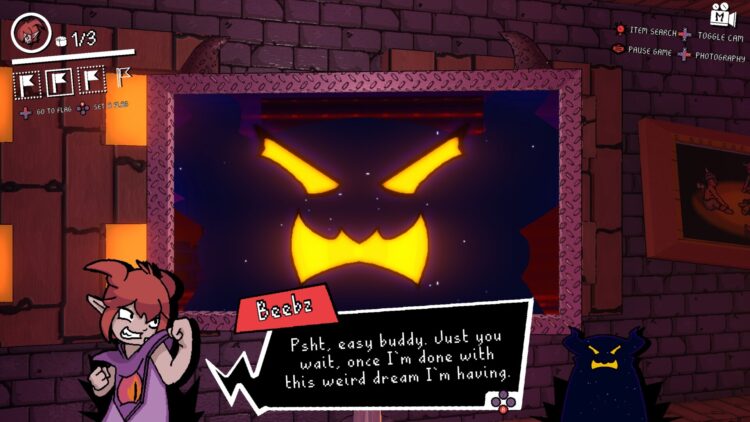 The demon you know

The levels in Demon Turf are all about reaching the end, but the game is focused on the platforming itself. Beebz can jump, punch (which shoots projectiles), and turn into a little demon and twirl. She has different levels of jumps that all increase in succession, just like that famous plumber. The twirl can be used to knock enemies around, but it also ties in with her jump. You can twirl in mid-air and get a bit of extra distance. Or, you can do it the best way and jump, twirl after, and then jump again, which becomes a super jump.

When I say that the controls are phenomenal, I mean it. They’re incredibly accurate, which makes navigating the game’s many challenges feel intuitive and enjoyable. The game even points out exactly where the collectibles are, so you can find them without searching every nook and cranny. I’m very much looking forward to digging deeper into Demon Turf, as it’s got a lot of what I love about the genre and plenty of unique things too. Add in the charming dialogue and quirky, detailed sprites, and it’s hard to not set my expectations for the rest of the game sky high. 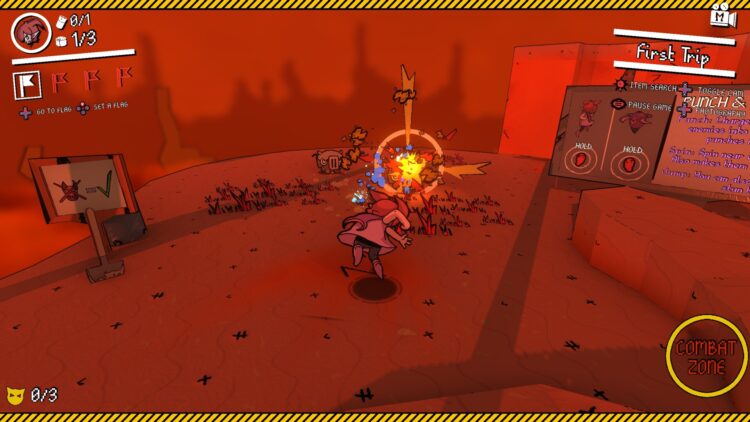 How to view your Call of Duty: Warzone Rebirth Island statistics