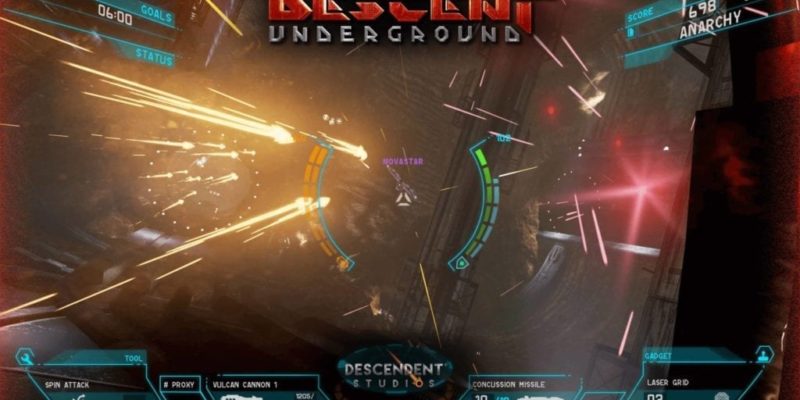 Descent-alike Descent Underground from Descendant Studios is about to enter a new phase of development as the studio decides to pull the game from Early Access.

Descent Underground has been in Early Access for quite a time and first appeared on Steam back in October 2015. The reason the game is being pulled is to try and speed up the game’s development and stop supporting an Early Access build which takes up development time. This also means there will be no further updates until the game is almost ready to launch. The update from the team reads:

We want to thank you for coming along with us on this journey and for all of your playtesting feedback in early access. We very much appreciate your support and your trust as we finish the storyline campaign for our upcoming official release. In order to make that release happen sooner, we are taking the game off of Steam Early Access to focus on implementing single-player, tech trees, and the other cool features we’ve talked about.

This was a tough decision and the deciding factor was our commitment to you. We’ve found that for a small team, early access requires a tremendous time investment that slows down the development cycle. We want to speed the game-making process back up, which requires dedicating our time to creating new content rather than supporting a work-in-progress as if it were a finished game. This means we aren’t planning to update our Production environment until around the time of our official release. However, if you’ve already bought the game, you’ll still be able to play the current build while we work to finish the game.

You can continue to follow along with us at BrightLocker.com, where we are posting regular updates. As we mentioned this summer, we are focusing most of our communications on BrightLocker to save time for development. We understand that stepping back from early access is unusual. However, we wouldn’t take this step unless it were the best and most efficient way for us to deliver the gaming experience we are all dreaming of.