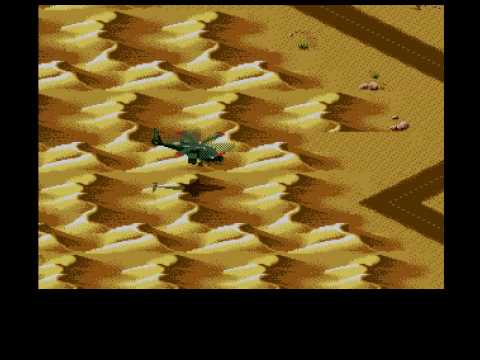 Desert Strike was a fantastic game and it could be making a comeback following a recent trademark filing by EA.

Released in 1992 on the SEGA Genesis, Amiga and SNES, the PC version eventually made an appearance in 1994. The original was then followed by Jungle Strike, Urban Strike  and  Nuclear Strike.

The arcade isometric action chopper title featured some cracking gameplay and graphics for the time and a comeback would be most welcome. Nothing would please me more than firing off more hellfires in an Apache AH-64 while hovering around the desert picking up stuff with ladders and hooks. It was a simple premise but was actually pretty hard thanks to the movement of the chopper which slid around as you manoeuvred to take out targets.

With EA behind a possible reboot of the franchise anything could happen, but perhaps they could fire up the Frostbite engine, grab a few choppers from the recently canned Command & Conquer and they’d have the making of a decent game.

If you missed out on Desert Strike here’s a quick reminder. Yes I know it looks more than a bit crap now but back in the good old days it was brilliant.