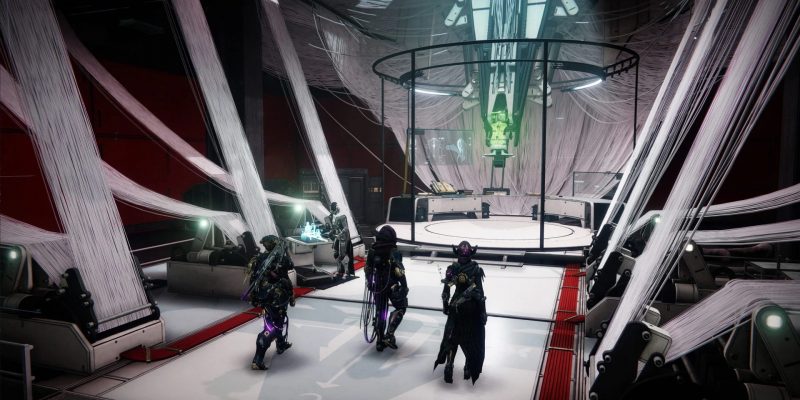 Armor Synthesis, the highly anticipated armor transmogrification (transmog) feature in Destiny 2, is finally live. Unfortunately, it’s also fairly convoluted and grindy. It involves collecting various types of synths (i.e., Synthstrand, Synthcord, and Synthweave) just to turn a piece of gear into a universal ornament piece. In any case, here’s our Destiny 2: Season of the Splicer guide to help you with the Armor Synthesis mechanics.

To get started with the Armor Synthesis requirements in Destiny 2, simply visit Banshee at the Tower. He’ll tell you to talk to Ada-1 in the Annex. The Black Armory Exo will ask you to head to the Bray Exoscience area on Europa to interact with a couple of devices. These are marked on your map, so you wouldn’t need to worry too much.

After this part, you’ll return to Ada-1 to activate the Loom. This device is used to turn Synthcord into Synthweave (we’ll talk more about this process in a while). Likewise, you do receive some Synthweave after completing the introductory portion of Destiny 2: Season of the Splicer, enough to select a few pieces that can be turned into universal ornaments. I’ll also talk more about this later. 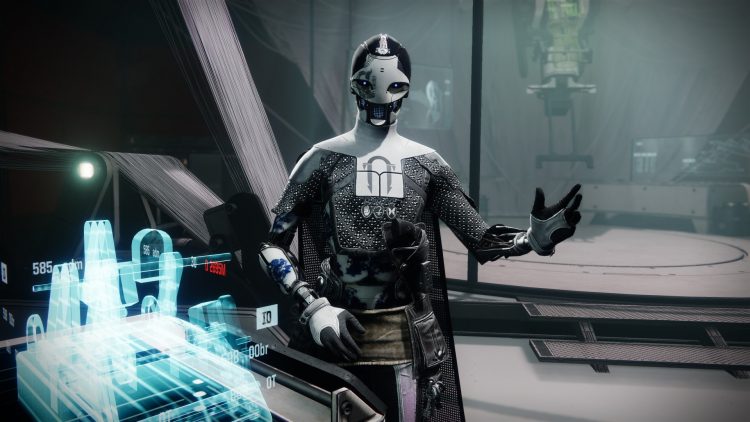 Anyway, you’re given 150 Synthstrand at the start to purchase one of Ada’s bounties. There are five available (Vanguard strikes, Crucible, Gambit, planetary destinations, and raids/dungeons). However, since each bounty costs 150 Synthstrand, you can only choose one for now.

The objectives tend to be random, too. For instance, I picked the Vanguard bounty and I got these tasks: 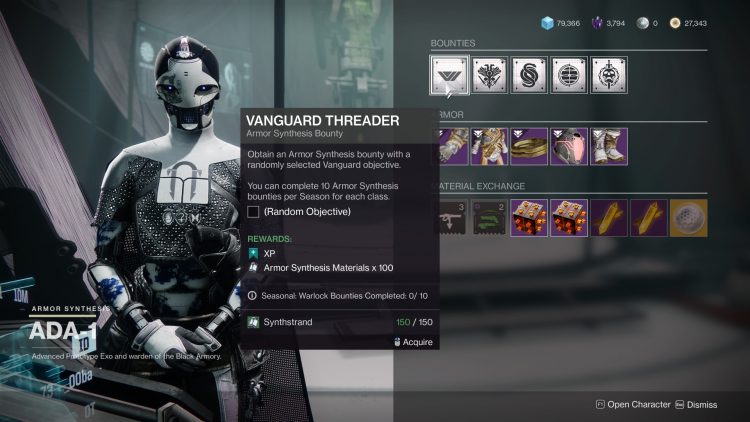 As for other sources of Synthstrand past this point, well, this resource actually drops from kills in any activity. Sadly, the drop rate is abysmal. After completing four strikes and a couple of Override runs, I only had 20 of these.

I’m not sure yet if there’s some sort of internal cooldown or a required number of kills to ensure a drop. But, this part is already grindy to a degree. 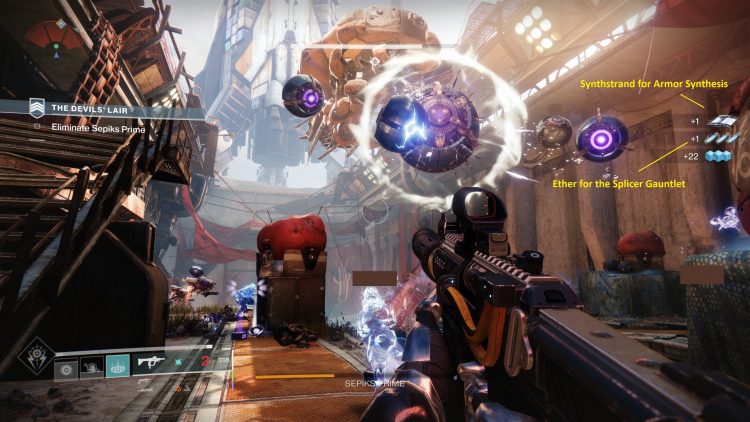 Synthcord and using the Loom

Let’s say you’ve completed an Armor Synthesis bounty from Ada-1, you’ll receive 100 Synthcord as a reward. Return to the Loom to turn that Synthcord into a single bolt of Synthweave. Yep, that’s basically it.

Note 1: If you’re following the quest steps, Ada will ask you to farm more Synthstrand so you can purchase another bounty.

Note 2: You won’t be able to pick up additional Armor Synthesis bounties if you’re currently holding 500 Synthcord in your inventory. Make sure to turn these into Synthweave whenever you can. 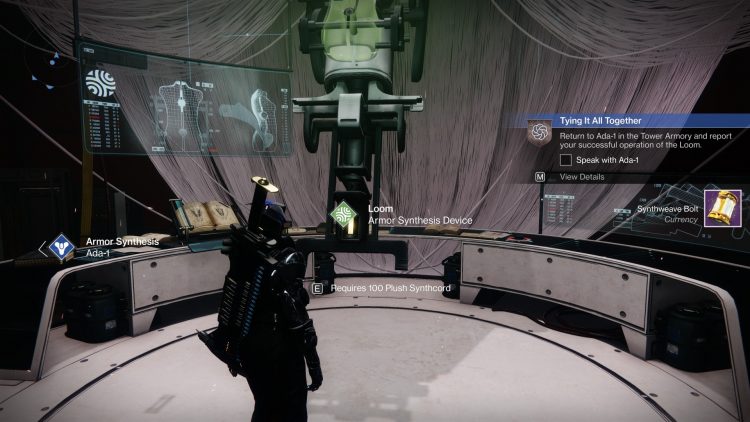 Open your character panel and press “S” to switch to the appearance tab. You’ll see an icon that allows you to customize your character’s gear pieces. First, there’s the shader application button. Shaders are no longer found in your inventory tab. Instead, they can be assigned using this screen.

You can apply a shader to a single item (each application costs 500 glimmer). Likewise, you can apply it to all the armor pieces that you’re wearing (this will cost 2,500 glimmer). 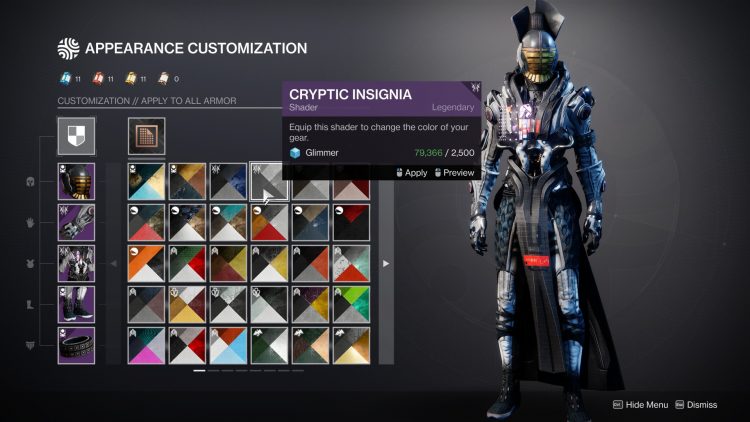 As for Armor Synthesis and transmogrification in Destiny 2: Season of the Splicer, just click on each armor piece. You’ll see all the types of gear that you’ve acquired for that slot, including greens, blues, raid drops, event rewards, and more.

You’ll notice that seasonal ornaments are automatically available. However, the rest are yet to be unlocked using Synthweave. The small symbols with colors denote a particular class (i.e., blue for Hunters, red for Titans, and yellow for Warlocks). You should have a few of these after completing the Season of the Splicer‘s introductory quest as well. So, simply highlight an armor piece and hold “F” to unlock that part for use in transmogrification. 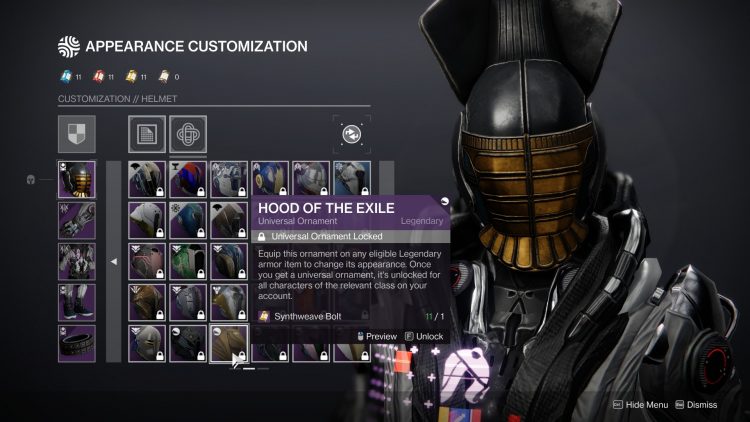 Is Armor Synthesis in Destiny 2: Season of the Splicer quite a chore?

Considering all the steps you need to do just to get a single piece of Synthweave, then, yes, it’s quite grindy. Sure, the bounties can be done as you’re completing other activities, but acquiring the currency (Synthweave) just to purchase them can be very tedious. There are also restrictions in place, such as the number of bounties you’re allowed to complete in a given season per class.

It does make you scratch your head since transmogrification should be one of the more straightforward features in a game. Unfortunately, Bungie decided to make Armor Synthesis as convoluted as possible. My guess is that this is mostly to drive player engagement metrics, a means of seeing that people are spending more hours in the game.

I should add that Synthweave can be purchased directly from Eververse. I think it’s clear that the option is there for those who want to speed up the process. In a way, the method of monetization is very telling considering how time-consuming the whole gameplay loop is.

Note: Synthweave Templates allow you to turn armor pieces of any class into a universal ornament. 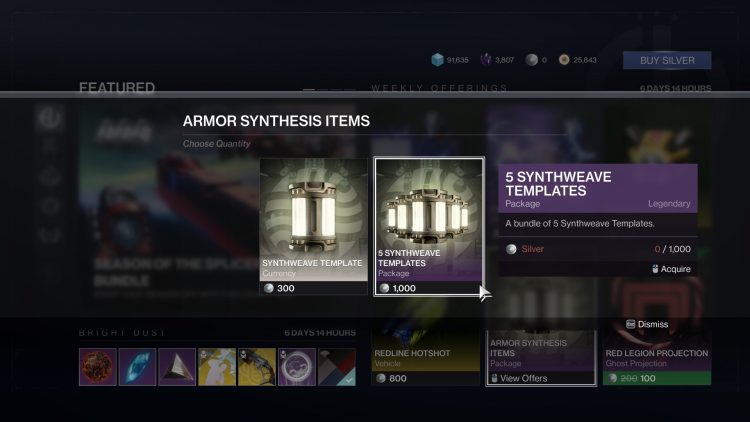