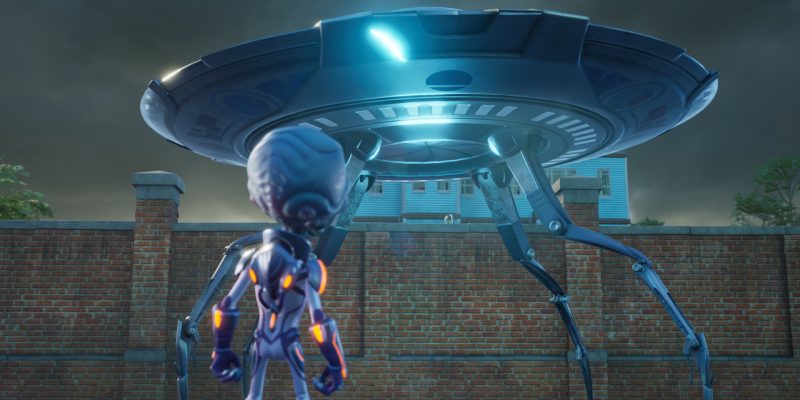 When the first Destroy All Humans! got a remake a few years ago, I didn’t quite understand why. The first game is just okay, and it needed more than a straight remake to really make it worthwhile. With Destroy All Humans 2 – Reprobed, that same mindset doesn’t apply. If the first game was like a proof of concept, the second one was Pandemic Studios fleshing it out and showing what the franchise could do. This is still a simple game at heart, but the sequel has held up remarkably better than its predecessor, making this a worthwhile retread of the best game in the series.

If there’s just one thing the first game does better, it’s the overall story. Don’t get me wrong — the writing in Destroy All Humans 2 – Reprobed is better. There’s more dialogue this time around, plus it’s punchier and funnier. But the plot definitely doesn’t have the same oomph. The first game is about Crypto taking over the US in the ’50s. This one picks up after, with the Crypto clone from the first game dead with his successor seated as the secret American president in disguise circa 1969. When the Furon mothership is destroyed in orbit by Russians, Crypto sets out to fight back.

The story itself is really an excuse to have Crypto go around the world. And again, it’s funnier, but you can’t beat a takeover plot. The supporting cast here is livelier and more interesting, including an English spy voiced by the wonderful Anthony Stewart Head, and a bombshell KGB agent going against her country in the name of justice while wearing an outfit that Western games would normally steer clear of in this day and age. Crypto creepily sexually harasses her on a regular basis too, which also wouldn’t fly today. But this is the sort of game that doesn’t care if it’s offensive, as the constant barrage of stereotypes never lets up. 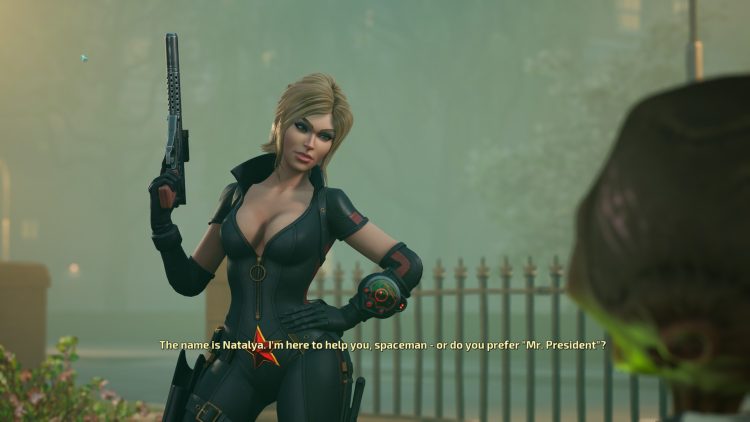 Destroy All Humans 2 – Reprobed plays a lot like the first game, but the environments, weapons, and general gameplay are all much better. Crypto can rapidly skate around as well as use his jetpack, and the movement is certainly very satisfying. He can jump in his saucer and cause chaos whenever too, which also controls better this time around, in addition to making better use of the game’s camera. There are a bevy of things to upgrade as well, whether they be Cryptos weapons and abilities, or those on his saucer.

Progression is your standard fare for sandbox games. There are five sandboxes complete with missions, side quests, and collectibles (although the fifth sandbox doesn’t have the same amount of stuff or size as the others). You start out in a pastiche of San Francisco before heading to London, then Japan, and later Russia, followed by one that’s quite literally out of this world. You progress the plot by going to story markers, but the many side quests are similarly involved. Destroy All Humans 2 – Reprobed will last most players from 15-20 hours, depending.

The missions this time are less redundant and interchangeable, which makes the gameplay much more interesting. An early mission has you destroying blimps with your saucer. Some require you to sneak into a certain location, others need you to cause havoc, or use Crypto’s telekinesis to ferry items or individuals. It’s a simple game, but the fun factor is there. It also helps that the sandboxes are vibrant and full of character, which makes it fun just to run around in them. The graphics are fantastic here too, which won’t be a surprise to anyone who played the previous remake. 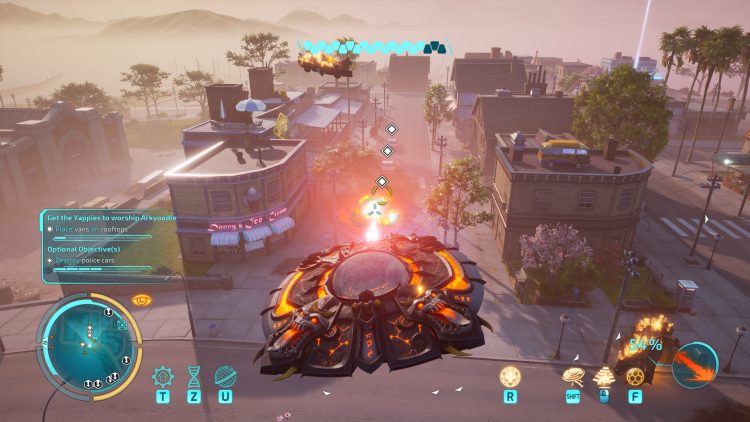 I’m not the one you know

Combat in Destroy All Humans 2 – Reprobed is definitely on the easy side, but I like the fact that it leans into a power fantasy like that. You are playing as an alien who managed to take over a country by his lonesome, after all (yeah, I know it was a different clone, but they’re still the same being). You start out with an electric gun that isn’t all that useful without upgrades, but you also begin with telekinesis. Crypto can grab most enemies and fling them into the distance or wherever else he wants. As long as they’re thrown far enough, they die instantly. It’s ridiculously overpowered and enduringly hilarious.

One of the crown jewels of this game’s arsenal, however, is an ability that makes enemies dance. Hit enough enemies with it and a dance party breaks out, which causes every NPC in the vicinity to dance for a set time. Obviously, this takes the heat off you instantly and allows Crypto to pick up the foes chasing him and throw them at a building or what have you. But the whole arsenal isn’t quite as useful, such as the probing gun which is only handy for disposing of enemies you can’t throw.

Completing missions grants you upgrade materials and you’ll get extra for doing optional objectives. There are a ton of abilities to upgrade, which really makes Destroy All Humans 2 – Reprobed feel like it has a lot of options. You can disguise yourself as most NPCs, make them follow you, make them forget you exist, extract their brains, etc. The saucer can also pick up and fling any vehicle, as well as suck up humans with its tractor beam to use for ability upgrades. Everything here is just fun. 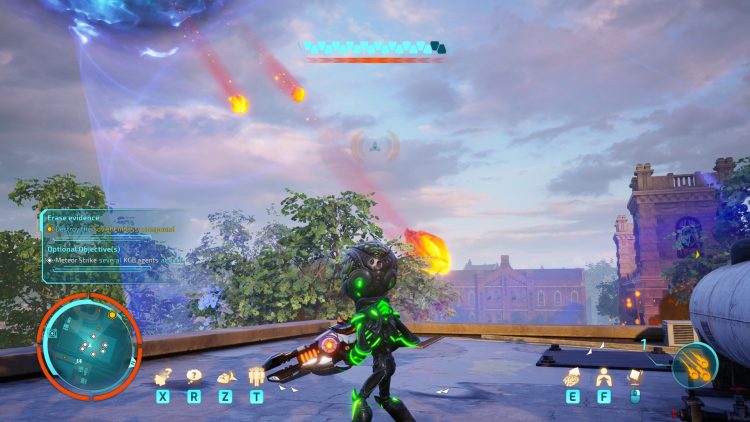 Destroy All Humans 2 – Reprobed won’t do anything for anyone who didn’t already like the original game from the mid-00s, but it’s a big improvement on the first game and a blast for anyone that likes somewhat offensive humor and causing havoc. There are a ton of cool skins to slap on Crypto as well, and you get these by completing all of the objectives in certain missions. They even work during cutscenes, despite how elaborate some of them are (such as the one that turns Crypto into an aquatic monster, complete with a helmet full of water). I’m glad this one got such a loving remake. Let’s hope the developer makes a new one next that lives up to this standard of quality.

Silly fun that lives up to its premise and a ton of options come together to make this a remake that's worth hopping back in the saucer for. It also doesn't hurt that it's gorgeous to look at.