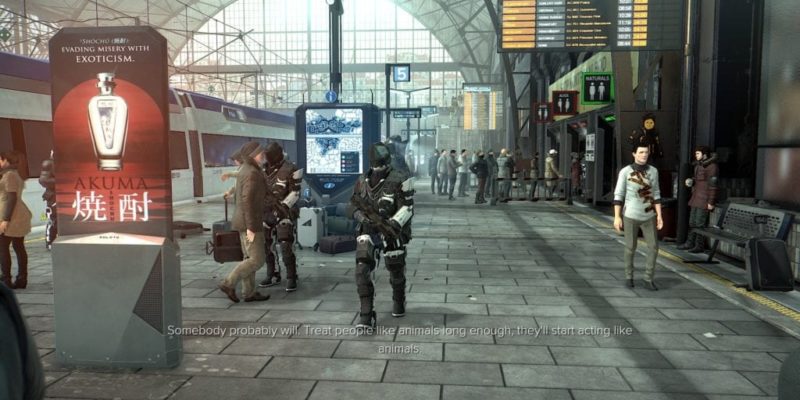 The main impediment to people being able to play Deus Ex: Mankind Divided on PC has been start-up crashes and a crash after a particularly long (unskippable) scene at Prague’s train station. A patch released for the game earlier today (taking it to build 524.7) targets those crashes and (hopefully) solves a lot of those problems.

As Nixxes did with Rise of the Tomb Raider, the older build of Deus Ex: Mankind Divided will still be optionally available under a Beta branch. So if you find you want to go back to the prior version, do the usual Properties, Beta Tab dance with the game in your library.

The studio has once again stated that MSAA settings (in particular) are very demanding in this game. If you’re having lower performance than you’d expect for your hardware, make sure MSAA is disabled. Temporal AA should do the job just fine for a lot less cost.

“We recommend everyone that is running at recommended spec or higher to start with the High Preset and MSAA turned off, and then tweak the options to optimize your experience,” Nixxes say. If you’re below recommended spec, then it’s time to start making compromises to either resolution, frame-rate, or image quality.

• Fixed crashes caused by third-party programs interfering with the game.
• Fixed crash that occurred after viewing the intro videos.
• Fixed issue that could cause a crash at the end of the Prague intro scene.
• Fixed mouse invert setting not being displayed correctly in the options menu.