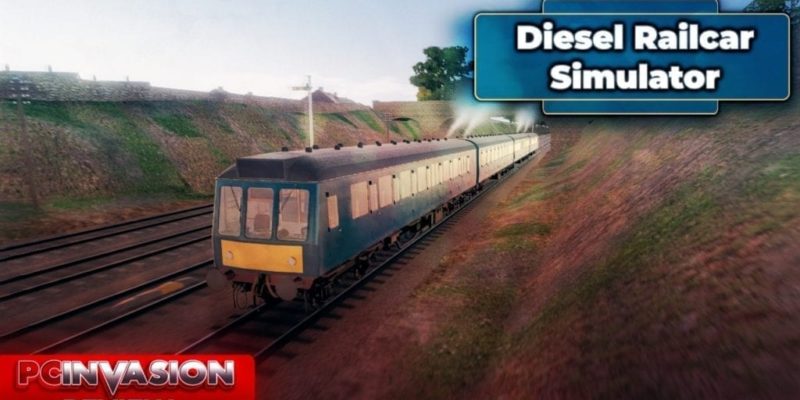 Having been a big fan of the Thomas the Tank Engine TV series when I was a kid on top of also getting into simulators early on, I played a lot of train sims back in the day. It’s been a while, so when I saw Diesel Railcar Simulator for the first time, it brought back a lot of fond memories from those times. After jumping into it, it’s safe to say that while it’s a bit lightweight on content, it certainly does do a good job at capturing the feel of a decent train simulator.

As the name suggests, Diesel Railcar Simulator is all about taking control of passenger diesel trains. The tracks are set in a fictitious landscape, encompassing a city and rural towns. Like any other train sim, your goal is to complete runs in a timely manner, with the ever-important schedule always visible. There really isn’t much in terms of mission variety. Your options are to either do passenger runs or move an empty train from a depot to a station. There are also rescue scenarios, where you must catch up with a broken-down train and tow it back to the depot. That’s all for now; considering that this is still a game in Early Access. Perhaps more mission types will be added further down the line (no pun intended).

Despite its lack of content variety, Diesel Railcar Simulator‘s driving mechanics really shine. Many of the trains have gearboxes, so you must learn how to manage them efficiently. This involves getting into a specific rhythm; shifting gears at the right time and coasting under the right conditions to avoid damage. Coasting is also important because of the game’s emphasis on energy usage. At the end of every run, your performance is graded. The evaluation includes how much energy you consumed, along with your overall time and safety efficiency. Arriving (or departing) a station late, ignoring speed limits, and disobeying signals all earn point deductions. So, really, the whole experience is about careful practice and eventual mastery Thankfully, the game does a decent job at showing you the ropes. 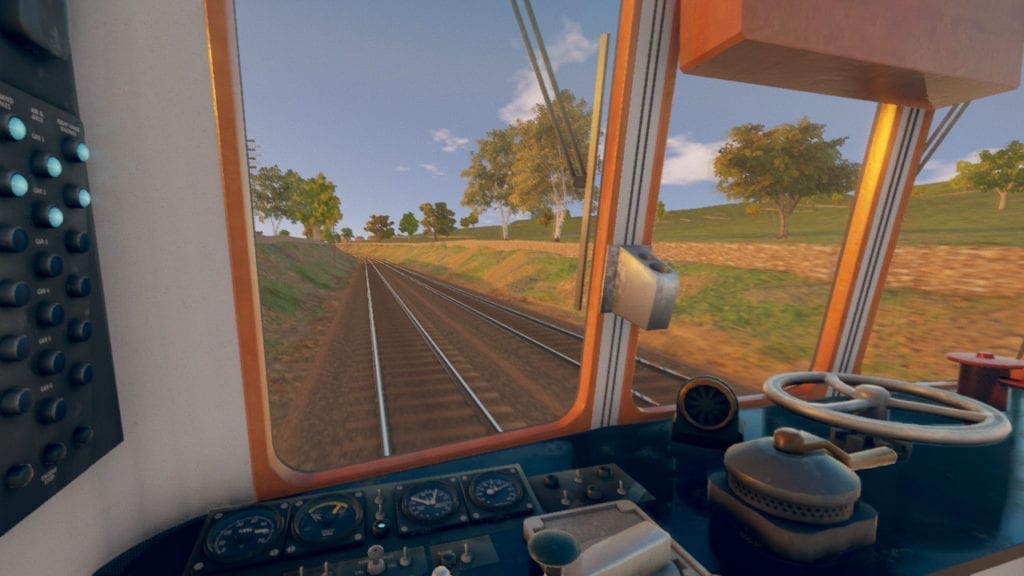 You have the option to watch the A.I go through a run, to show you how to drive the train efficiently. You can also toggle on/off button prompts to know which controls you should be pressing, when to press them, and what they do. Other handicaps can be enabled/disabled such as the minimap and signal prompts, among others. The trains handle quite realistically, buffeting and rocking as you twist and turn your way through the tracks and roll over junctions. Elevation also plays a role, as ascents will slow your train down, and descents will speed them up. As expected, longer trains will take a while to get rolling and slow down, which adds yet another notch to the depth of the game’s realism. There’s a lot of factors to pay attention to, but once you get the hang of things, driving can be pretty relaxing. On one of my runs, I actually went ahead and pulled up some music from the Thomas the Tank Engine show to play in the background, and it was quite lovely. Especially since the scenery looks so nice.

Diesel Railcar Simulator‘s bright color palette mimics a retro look. This fits the whole aesthetic of the game since it’s set in the 1960s. In keeping with the setting, all of the in-game train models are period appropriate and based on classics from the era. Although the texture work isn’t super amazing, the game looks pretty clean for the most part. The majority of the detail is definitely put into the train models, however. The interiors are well-designed, and the cockpit features moving controls and gauges. What ties everything together is the lovely sound work. There’s no in-game music. Instead, the ambient sound lets you focus on all the clicks and clanks that you’d expect to hear on a train. Engines sound nice and beefy, and the transitions as you switch gears are all quite smooth. Every roll, bump, and jostle also has a unique sound, which further adds to the immersion.

The biggest downside to the visuals is the lack of what I consider to be no-brainers. Passengers are at the various stations, but they never move. They’re static models that don’t even enter your train. Not even your driver has a character model. The most you get when you stop at stations are doors opening and closing, but that’s it. Train lights also lack proper models, which becomes especially obvious during the evening, dawn, and nighttimes. Thankfully, the moonlight and sunlight are always intense enough to illuminate the cockpit and surroundings. There’s also a lack of dynamic weather, so changes in the time of day are the only real switches in driving conditions that you’ll have to worry about. 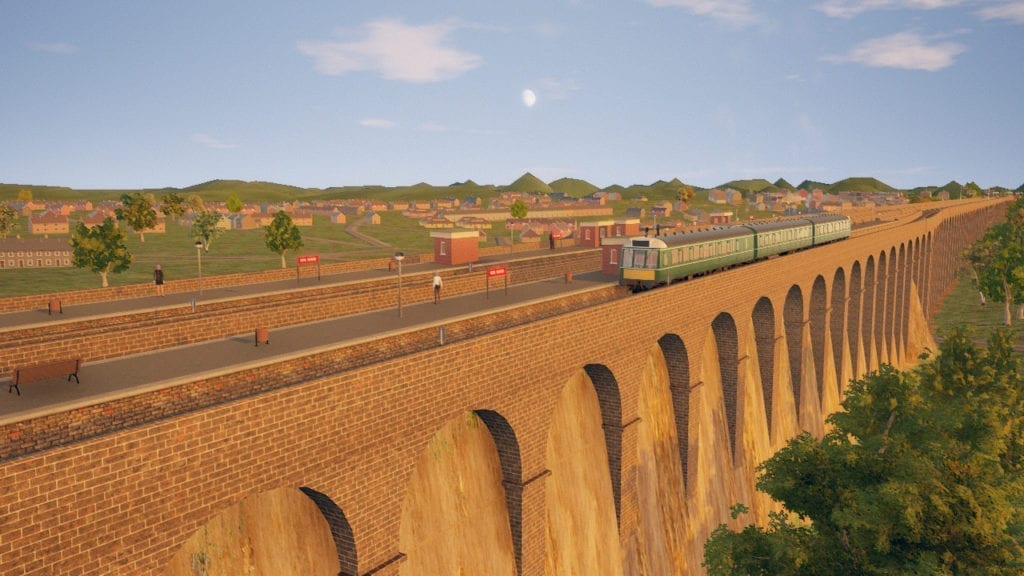 Indeed, there are clearly a lot of omissions here. But considering that Diesel Railcar Simulator comes from a small developer, on top of being an Early Access title, I’m willing to give it a bit of a pass. It certainly doesn’t have the same variety of other train simulators, but it does get its most important feature right: the train driving experience. Thus, I’d love to see how this is expanded upon. It really would be nice to see more mission types implemented, such as cargo runs, and of course, more trains would be nice too. Still, even in its current form, Diesel Railcar Simulator offers a pretty charming, hands-on train simulation experience. It’s simple, but rather fun once you get the hang of it. I’m definitely looking forward to seeing how it expands as time goes on.

By Andrew Farrell21 hours ago
Hardware