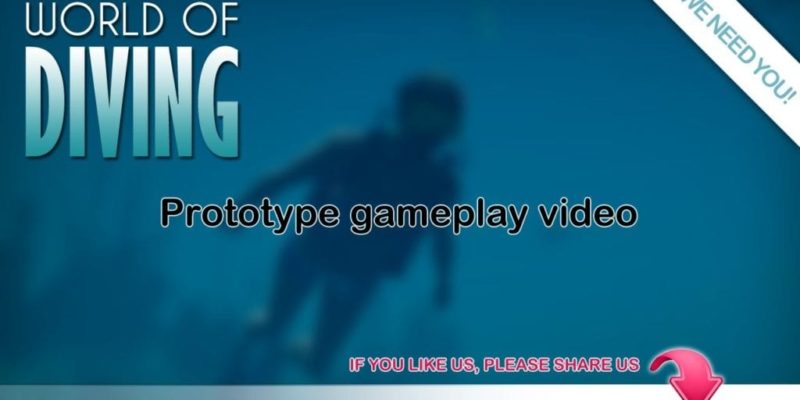 Vertigo are raising funds for the game through Indiegogo and this gameplay has been released to rustle up more support for the game.

“We’ve never before released gameplay footage this early into the development of a game. Apart from supporting the Indiegogo campaign, its goal is mainly to build, connect with, and communicate with the community from the very outset,” says Tristan Lambert, Technical Director at Vertigo Games. “Instead of community building, we are gathering a building community around World of Diving.”

In the video you’ll see dive gesture communication system in action, rubbish collection, item collection and snapping pics around the forgotten wreckage of the HMS Montebello.

There may be no fast paced action to be had but it’s actually quite therapeutic to watch, and it does come with Oculus Rift support for some extra underwater immersion.