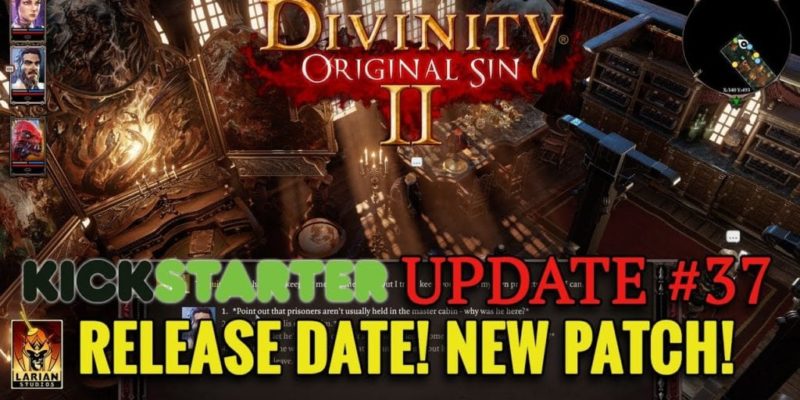 Larian have settled on a 14 September release date for Divinity: Original Sin 2. But that’s just one of several announcements today, which include further updates to the Early Access version.

Act 1, featured in the Early Access build, basically has a bunch of additions. The ‘home base’ hub in Divinity: Original Sin 2 will no longer be the Hall of Echoes (though that location is still present in the game); instead, it’s the ship The Lady Vengeance. As well as lovely new boat, this latest update is adding the first look at the Party Relationships system.

The character creation screen has been given an overhaul, and Divinity: Original Sin 2 now has a tutorial. Larian also say they opening Act has had a couple of story re-writes, and there’s a whole new area at the end of Fort Joy. In short, they say, “you’re going to see a big difference in how your story progresses.” All of that, plus changes to the crafting system, new skills, and everything else featured in this list.