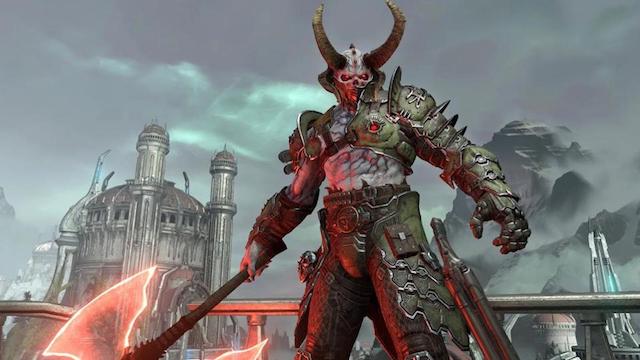 In late April, we noted that things seemed amiss between id Software and Doom Eternal composer Mick Gordon. Astute audiophiles noticed that the mixing of some tracks between Doom (2016) and Doom Eternal looked off. Gordon responded, saying he “didn’t mix those and wouldn’t have done that.” He later commented on id Software in a YouTube trailer, saying he’d “doubt we’ll ever work together again.” Clearly, there was a story not being told. Today, Marty Stratton, executive producer at id Software, told the story — one of a “complicated relationship” between the developer and Mick Gordon.

In a lengthy letter dropped in the Doom subreddit, Stratton began by stating he was compelled to speak due to fan harassment of the lead audio designer. Gordon’s disappointment coupled with fan outcry over the compressed tracks created a backlash. Most notably, id’s lead audio designer Chad Mossholder was swept up in the furor. According to Stratton, Mossholder received “direct and personal attacks.” And though the two have discussed the vilification of Mossholder, Stratton says that Gordon has “done nothing to change the conversation.”

I didn't mix those and wouldn't have done that. You'll be able to spot the small handful of tracks I mixed (Meathook, Command and Control, etc…)

According to him, the issues surrounding id and Gordon came from “production-related realities of development.” Discussions over the Doom Eternal OST began in January, in which the agreement made was for Gordon to deliver the soundtrack by early March. In late February, Gordon reached out to id saying the work was more “involved than anticipated.” He apologized and asked for an additional four weeks for up to 30 tracks. Id Software acquiesced, giving Gordon six weeks, and even moved the delivery date to mid-April so the composer could receive bonus payment for delivering on time.

As part of the working relationship between the developer and composer, Gordon was given “limitless creativity.” However, the delays for Doom Eternal‘s OST began to mount — and it was creating problems. Stratton wrote that, in early March, id announced it wouldn’t be able to deliver the OST as part of the Doom Eternal Collector’s Edition on time. In early April, Stratton said he was growing “increasingly concerned” over whether Gordon would be able to stick to the new delivery date. Feeling against a wall, Stratton asked Mossholder to work on the studio’s version of the tracks:

To complete this, Chad would need to take all of the music as Mick had delivered for the game, edit the pieces together into tracks, and arrange those tracks into a comprehensive OST.

Stratton wrote that he let Gordon know of the plan including Mossholder’s work. Gordon responded, saying they should “combine what each had been working on to come up with a more comprehensive release.”

But on the day the music from Gordon was due, there was another delay. The tracks weren’t ready, and Gordon asked to deliver the next day during the evening. Stratton, instead, asked for the tracks that were finished. 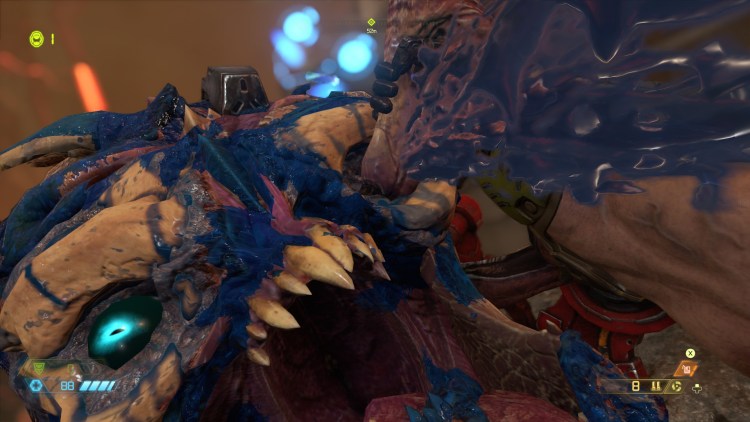 The only thing they fear

Unfortunately, the tracks Gordon handed over weren’t what Stratton expected.

“After listening to the 9 tracks he’d delivered, I wrote him that I didn’t think those tracks would meet the expectations of Doom or Mick fans – there was only one track with the type of heavy-combat music people would expect, and most of the others were ambient in nature,” Stratton explained. “I asked for a call to discuss. Instead, he replied that the additional tracks he was trying to deliver were in fact the combat tracks and that they are the most difficult to get right. He again suggested that if more heavy tracks are needed, Chad’s tracks could be used to flesh it out further.”

With their powers combined, we eventually received the OST we know today — a blend of work with tracks mixed by either Gordon or Mossholder. When fans began to point out the differences with the tracks, Gordon quickly began to distance himself from the work. Stratton wrote that Gordon’s comments on not working with id again “was surprising to see, as we have never discussed ending our collaboration with him until now — but this statement does highlight a complicated relationship.” 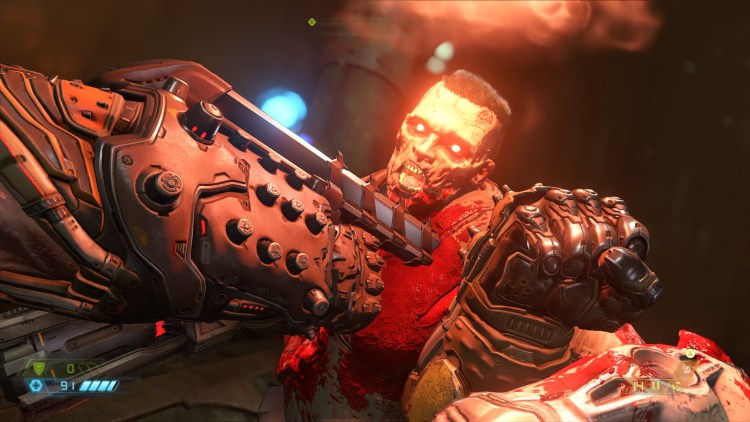 It appears the wedge between composer and studio may have been driven too deep. Both Stratton and the composer did have a recent conversation over the aforementioned comments. In their talks, Gordon expressed disappointment in the editing work of the final composition.

“I understand this from an artist’s perspective and realize this opinion is what prompted him to distance from the work in the first place,” Stratton wrote. “That said, from our perspective, we didn’t want to be involved in the content of the OST and did absolutely nothing to prevent him from delivering on his commitments within the timeframe he asked for, and we extended multiple times.”

According to Stratton, Gordon will not be involved in the upcoming DLC for Doom Eternal. It remains to be seen whether or not this means there will be another Doom game without Gordon, but chances don’t look good. Regardless, Stratton did praise Gordon’s artistic talents.

“[Gordon’s] music is defining — and much like Bobby Prince’s music was synonymous with the original Doom games from the ’90s, Mick’s unique style and sound have become synonymous with our latest projects,” Stratton wrote. “He’s deserved every award won, and I hope his incredible score for Doom Eternal is met with similar accolades – he will deserve them all.”

Some quotes in this article were altered for clarity.

World of Warcraft: Shadowlands: Everything we know from interviews