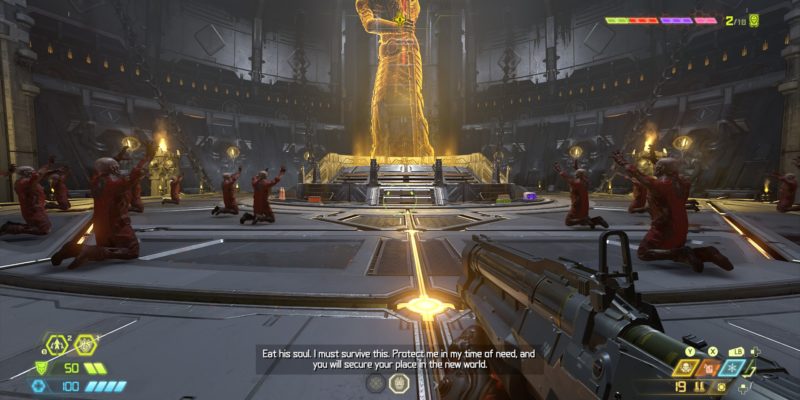 Doom Eternal has unleashed hell on us during this real-life period of hell also being unleashed on us. It’s a big game with a lot of even bigger enemies, so we’ve got some quick tips for you to keep in mind when you’re violently dismembering your foes.

Use your blood punch

In Doom Eternal, your regular punch is literally useless. You can hit the weakest enemy in the game for minutes and not even trigger a glory kill animation. That’s because you’ve got access to the blood punch now. Every few glory kills you perform gives you access to one of these punches that do a large amount of damage. Not only will it outright kill weaker enemies, but you can also immediately remove enemy armor too. Particularly, a blood punch can even kill a Pinky from the front with one shot. 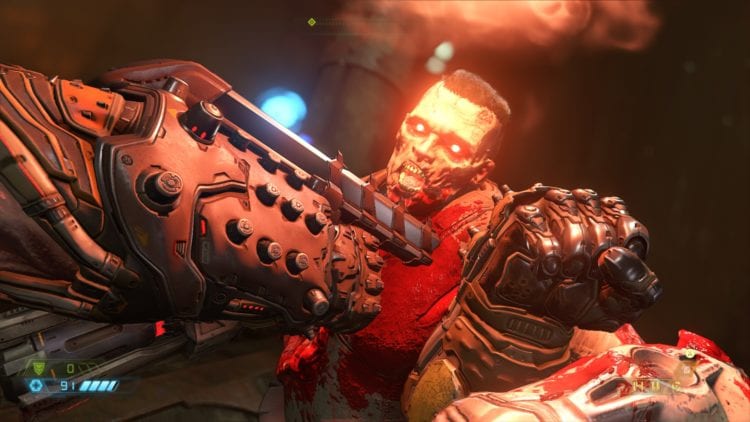 Even though Doomguy has an arm blade, he only uses it during Glory Kills. But his regular punch is useless. JUST USE THE ARMBLADE, DUDE. IT’S RIGHT THERE.

You don’t need to worry about permanently being locked out of areas and missing secrets in Doom Eternal: Fast travel is unlocked right as you get to each level’s exit. The game’s even nice enough to tell you specifically when this becomes available.

The levels are huge too, so going back and hunting for secrets would be problematic if fast travel weren’t handled properly, but you can choose between a wide variety of locations that will grant you access to anything you may have missed. It’s a really invaluable feature that respects the player’s time and effort and I’m all for it.

Save the tokens for last in the Fortress

In The Fortress of Doom, you can spend all those Sentinel Batteries you’ve picked up through the entire campaign. It takes two to open a single door, so don’t go using them on Praetor Tokens. There are two upgrade crystals and two weapon mod upgrades as well, so you’re going to want to grab those as soon as you can. Praetor Tokens are useful and all, but grabbing a single one just isn’t worth it when you have to use just as many batteries to access a crystal. 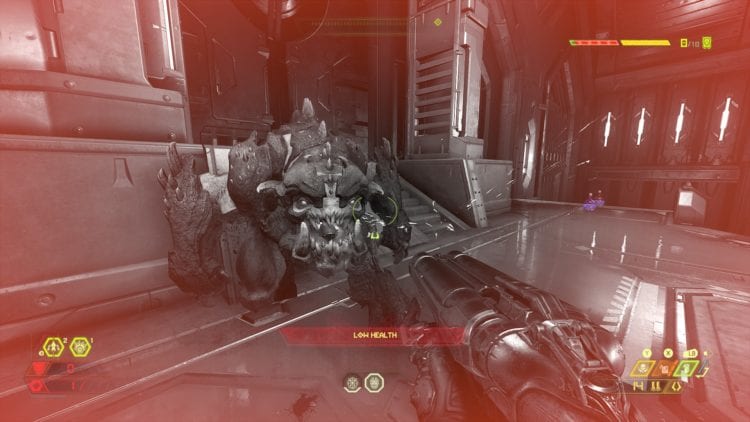 Pinkies are pretty much unstoppable from the front unless you give ’em the ol’ blood punch. They were really easy to manage last time around but a lot trickier here.

Use the Flame Belch whenever you can

It’s easy to forget about certain abilities in Doom Eternal when you’re in an epic, life-or-death struggle against the forces of evil, but it definitely pays to make consistent use of the Flame Belch. You’re going to be taking a lot of damage, so you might as well have as much armor on as you can. It’s best to use on crowds of weaker foes while you’re dealing with heavies, as they’ll drop armor shards all over the ground that you can just pick up later. A single enemy can drop over 20 units of armor, which is very much worth remembering to take advantage of.

Use your chainsaw regularly

Doom Eternal‘s levels have a large number of gas cans hanging around. But that doesn’t mean much if you aren’t routinely using your chainsaw. The chainsaw is really the game’s most reliable source of ammo. You can carry three gas cans on you at a time, and different enemies require different amounts of gas. Even though it can seem like a waste, it can be worthwhile to use your chainsaw on weaker foes, as they only take a single gas can and still grant you a good amount of ammunition. And the game’s most dangerous enemies are immune to the chainsaw outright anyway.

You can find extra lives here and there in the levels. While they’re an absolute necessity for the extra lives mode, they’re more of a nifty bonus in the game’s regular modes. But you can’t pick when to use them. Because of that, you might want to wait to grab them until harder sections if possible, such as Slayer Rooms. These are some of Doom Eternal‘s toughest challenges, and extra lives work in them. 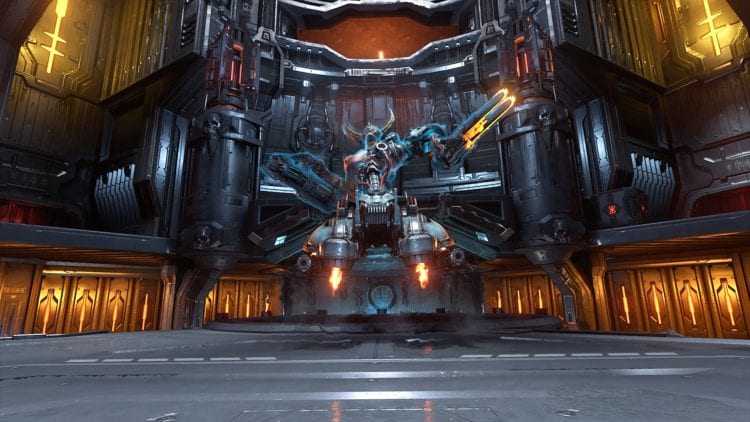 Ugh, the Doom Hunter. If you think one is bad, try fighting two at once. Just thinking about it is giving me a dreadache. That’s a headache with an extra side of dread, if that isn’t clear.

So, instead of grabbing extra lives as you come across them, wait until you unlock fast travel at the end of the level. Then just go and grab the lives before hitting the Slayer Room. There are six Slayer Rooms in all, so there are plenty of opportunities to take advantage of this.

Do a quick rehearsal of Secret Encounters

Most Doom Eternal levels have two “Secret Encounters.” These are timed and reset if you don’t kill all the enemies quickly enough. However, failing one of these can severely deplete your ammo, and they tend to give you just enough time to take them all out — but only if you’re prepared. That’s why it’s a good idea to do a test run and let the timer run out just to see what you’re up against. Knowing how many enemies there are and what they are will greatly reduce how long it takes to dispatch them. You can just start the encounter, take a quick look, and then evade your foes until they vanish.

There are three skins in The Fortress of Doom that you can unlock with Sentinel Batteries. Unlike the other unlocks, though, these don’t show up on your map. The first suit, which is the classic one, is easy enough to find. It’s merely located near all the other battery unlocks. The other two are external though, so you’ll have to look at your map and find two large towers that the game never directly steers you toward. These skins are not only used for the campaign but can be applied for multiplayer as well. 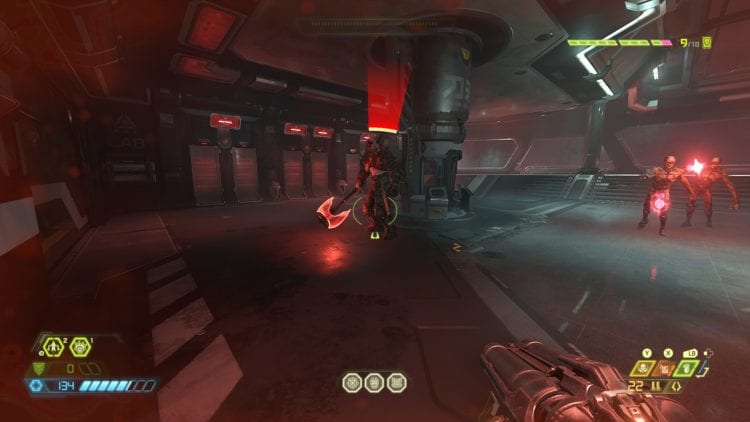 The Marauder is one of the toughest foes in the game. You can only attack him right after his weapon flashes green. If you’re even a second late, he’ll deflect it.

That’s it for our quick tips regarding Doom Eternal. If anything else comes to mind, make sure to share them in the comments so that others can partake in the fruits of your effort.