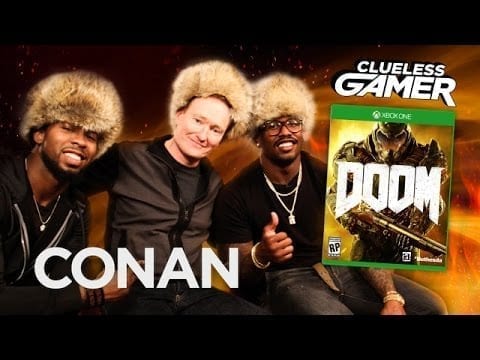 Conan’s annual Super Bowl special featured the increasingly popular segment ‘Clueless Gamer’ where Conan (an inexperienced gamer) sits down to take a jab at some of the most popular titles available. In the most recent segment, Conan played through Doom, the upcoming reboot of the classic series from iD Software. While the routine is focused more on comedy and less on gameplay, there is some cool stuff to see in the segment.

Von Miller from the Denver Broncos’ and Josh Norman from the Carolina Panthers’ join Conan in this nice little trip through hell. The segment follows the release date announcement of Doom, which you can read up on here.

Doom is slotted to release in May, but a beta will be available soon. Check out the Conan segment below.

XCOM 2 Hints and Tips: How to run a resistance