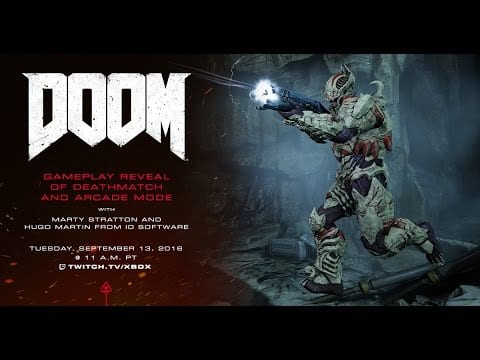 The next update (Update Three) for Bethesda’s DOOM will be adding a Deathmatch mode and the ability to create private matches later this month. DOOM’s single player campaign will also be getting an Arcade Mode in a further update in Autumn.

Deathmatch is … well, it’s Deathmatch. Every person for themselves. The private matches, meanwhile, will give players control over maps and modes, as well as “settings like the time limit, score limit, or turning demons and power weapon off or on”.

The Arcade Mode is said to be a “upcoming competitive addition” to the campaign, presumably based around score-attack type shenanigans. Bethesda will be streaming a look at all of the above on 13 September at 11am (Pacific US) / 7pm (UK).