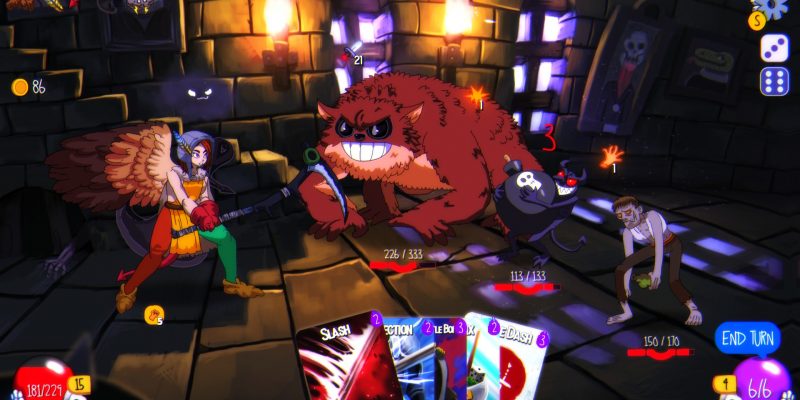 Slay the Spire really took off, didn’t it? It took off so hard that the wave of copycats is still going strong. Doors of Insanity enters Early Access this week and is another one of those copycats. However, it’s got some unique things and, honestly, has markedly better visuals and more personality. But the question stands: is it worth it?

Doors of Insanity doesn’t have classes. At least, not yet. When you launch the game for the first time, you’re tasked with creating a character. You can pick your sex, head type, hairstyle, and hair and skin colors. Once the game properly begins, it’s immediately clear where its name comes from. Once again, the structure is like Slay the Spire. Instead of seeing a map of where the different nodes lead, though, you can only see the branching choices available to you.

These choices, as you’ve no doubt surmised by this point, are doors. They’re mostly combat encounters, but you’ll also find random events that come with boons, merchants, and healing spots. Doors of Insanity tells you how many rooms you have to go through to get to the area’s boss. Defeating them moves you to a separate dungeon. For the umpteenth time, it’s almost exactly like Slay the Spire. 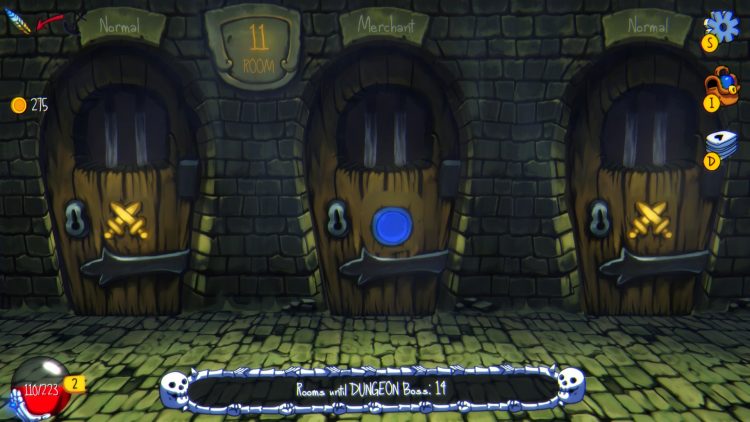 Don’t you sass me

All-in-all, though, Doors of Insanity has a few differences that I honestly like more. As I mentioned in my introduction, the game is much better looking than its inspiration. Your character and all of the enemies you face are colorful, well-animated vectors with personality to spare. The art style is somewhat reminiscent of Cuphead, if anything, and I enjoy seeing everything move and fight. While doors are being selected, there are 3D elements that look great as well, which also include parts of the backgrounds in which you do battle. The game is quite simply a visual treat.

Gameplay-wise, it’s exactly as you’re thinking. You have cards that you use to attack, grant yourself buffs, or shield yourself with. They’re randomly shuffled in your deck for each turn and fights go on until you or all of your enemies do a big die. The main difference is that certain cards grant you dice when played. These can either be used to attack enemies or give you a shield. It’s a solid inclusion that gives a bit of leeway if you don’t get any shield cards in your hand and you want to avoid taking serious damage. The combat balance is about right, and the game is enjoyable to play, extreme familiarity notwithstanding. 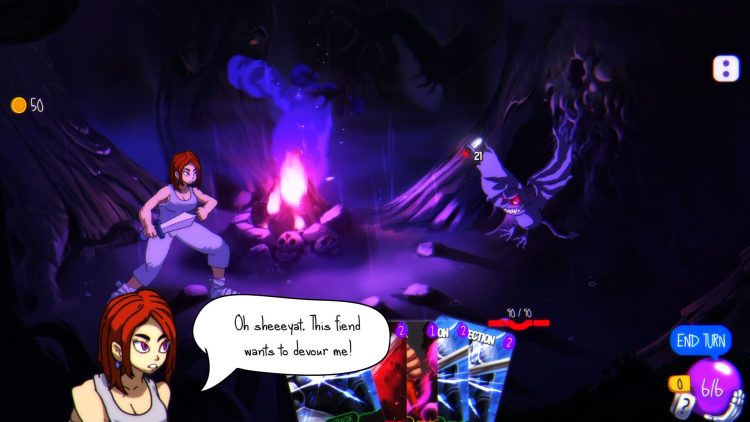 One other major difference that I prefer is that Doors of Insanity rewards you with equippable gear. This changes your character’s appearance and gives a little additional layer to the RPG aspects. Plus, there’s a bit of smarmy dialogue here and there that gives the game even more personality. But it’s so similar to Slay the Spire that it really comes down to whether or not you’re interested in playing a prettier version of that game with only one class and less content. If that sounds like it’s up your alley then, yes, I’d say it’s worth it. Just don’t expect anything unfamiliar to pop up.

Genshin Impact: Where to find Brown Creatures for the Kurious Kamera

By Steven Wong4 hours ago
Previews