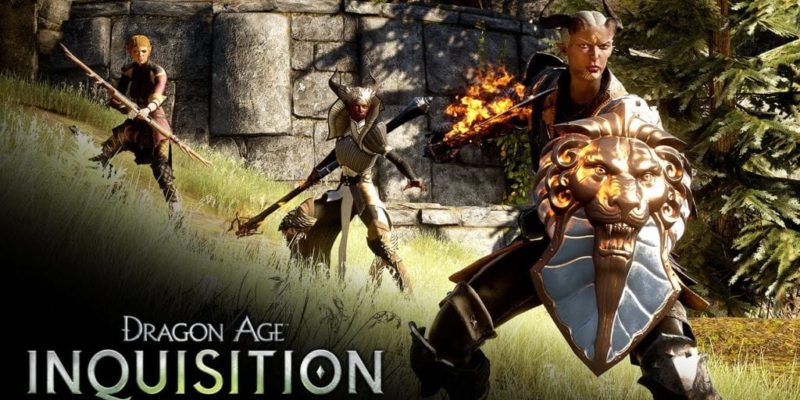 Hit things with this and they’ll probably die.

There’s more than one way to kill a half-demon-elf-hobbit*, as this Dragon Age: Inquisition trailer shows. Far as I can tell, BioWare is trying to cater to both the real-time and more tactically inclined audiences by offering each method as a viable option.

*I don’t know if that’s a thing. It should be a thing though.

So, if you fancy just going in swinging, you can prep your character in advance and then steam in for some real-time chopping and slicing. It’s possible to do this as any character in your party, so if you have a big burly guy like the Iron Bull then he’s probably a good option for drawing attention and keeping attacks off your more magically-gifted companions.

Dragon Age: Inquisition also has a real-time-with-pause system going on, so you can pull the camera back to a low-flying bird’s eye view, stop time and issue some orders. Everybody in the party can be given commands, ranging from “hey, go over there” to “hit that thing with some lightning please.”

Assuming it works as intended, the combat system should offer some reasonable real-time and tactical options for people to pursue in battle.

Dragon Age: Inquisition was recently delayed by about one month, so it’s now due in November.