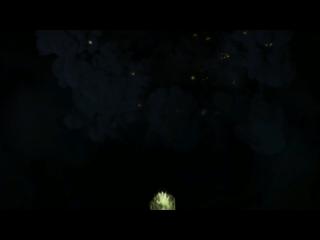 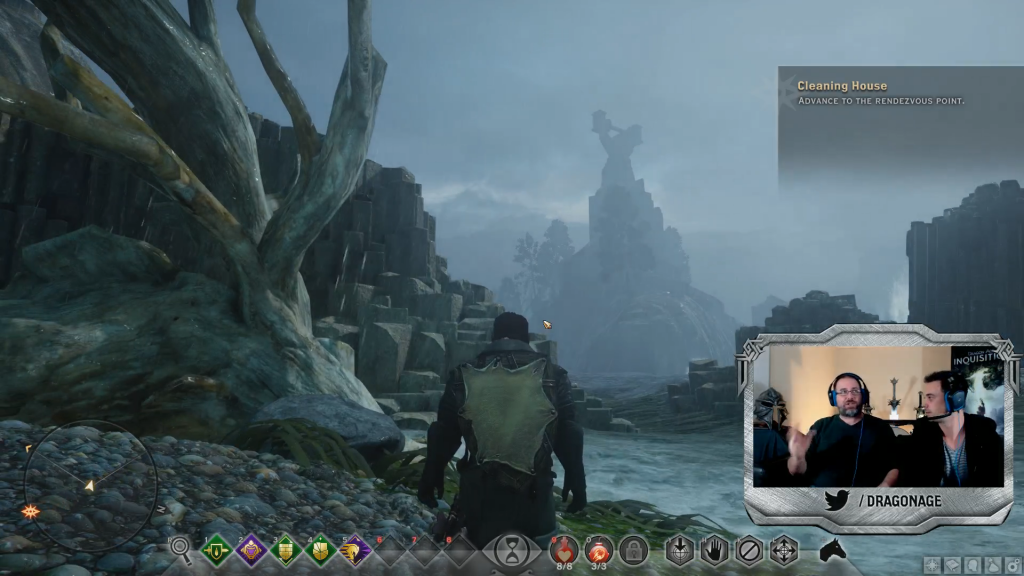 Looks like most of the beaches in the UK. Rocks. Grey skies. Imposing historical statues.

There was some more Dragon Age: Inquisition streaming action over the weekend, this time in aid of the Extra Life charity. Even though it took place a day or so ago, the stream was archived and you can watch it below via the Raptr channel.

For this particular hour or so of gameplay, BioWare’s Mike Laidlaw and Cameron Lee were playing on PC (you can tell by the hotkey UI.) The video shows off a new, rather wet area of the map called the Storm Coasts, which gives BioWare a chance to mention that the water effects in Dragon Age: Inquisition have been borrowed from the last Battlefield game. Both titles use the Frostbite Engine.

Party-wise, Lee elects to give the male dwarf a run out. He’s voiced by Jon Curry, who also did (some rather different) voice acting for Dragon Age: Origins. Joining the dwarven lead in this particular outing are the companions Blackwall, Sera (decked out as a dagger wielding rogue) and Vivienne.

This quest and area are apparently accessible fairly early on in the game, as the party is only hovering around the level 4-5 mark. So if you’re worried about spoilers, it’ll only be showing stuff from quite early in the title.

Dragon Age: Inquisition is due in mid November.