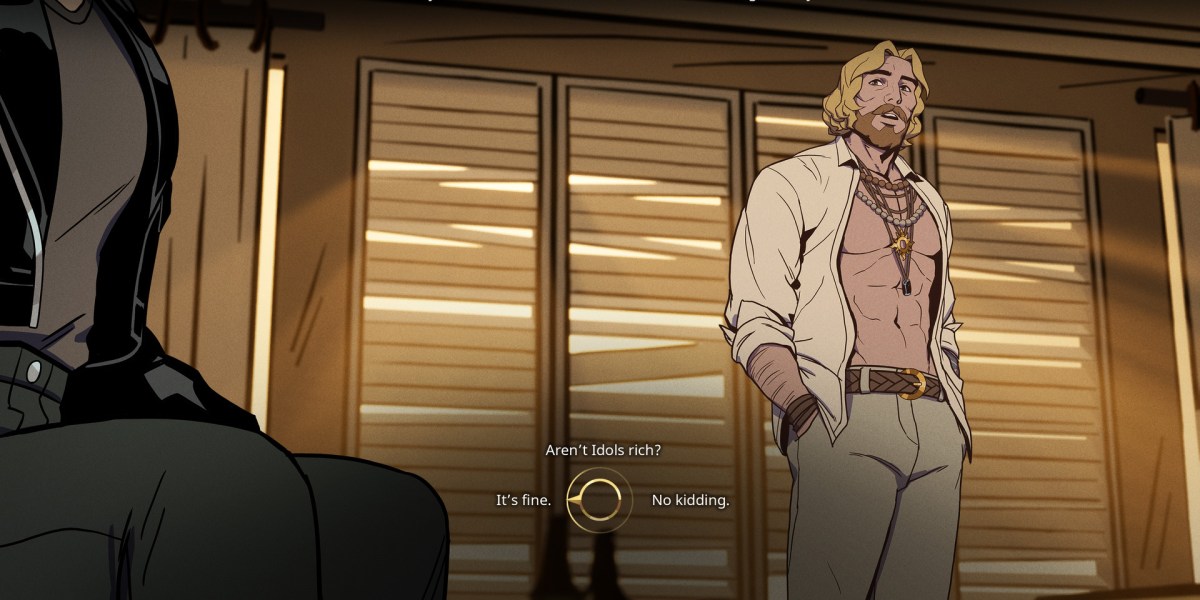 When thinking of an RPG franchise like Dragon Age, you probably would never associate it with something like a musical. But a musical is exactly what Dragon Age lead writer and world creator, David Gaider, wants to make. This project actually existed as far back as 2019, and it went by the name Chorus: An Adventure Musical for the longest time. But a recently released teaser trailer revealed that this project, which publisher Humble Games refers to as “the Roleplaying Musical,” now goes by the name Stray Gods.

Gaider has worked on the game alongside other notable industry veterans. Alongside is Austin Wintory, the composer known for his work on Journey, and Liam Esler, one of the developers behind Baldur’s Gate: Siege of Dragonspear. Initially, the developers planned for Stray Gods to last around two hours, but thanks to Humble Games’ support, the game’s scope has grown quite a bit. Notably, Wintory stated that his score for Stray Gods surpasses all the other ones he created in terms of sheer size, and he even wrote songs for scenes that players may not come across.

What’s the game about?

As for the premise, the game takes place in a world where Greek gods exist unbeknownst to humans. Grace, the main protagonist, “gains the power of a Muse” (think the intro to Disney’s Hercules), and she uses this power “to draw others into musical numbers” and “to find out the truth behind her predecessor’s death before time runs out.” Depending on how certain conversations play out, the musical numbers will change, so players have plenty of incentive to replay the game at least a few times.

Although the teaser trailer for Stray Gods lasts less than a minute, those captivated by the game’s premise will likely still have their minds racing over what the final game will entail. As of right now, the game does not have an official release window, so it may take some time before it finally makes its debut on stage.