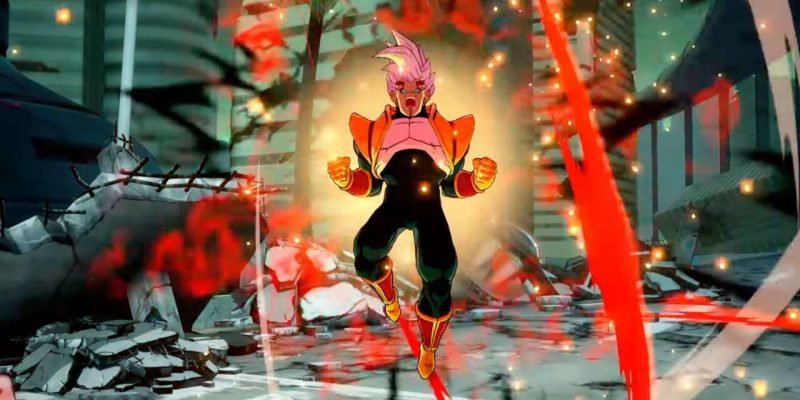 [Update – January 11 @ noon ET]: The trailer for Super Baby 2 has been released, and you can watch it at the bottom of the post.

We got a small look at Baby in the trailer, along with a release date of January 15 for the Tuffle warrior. In the Dragon Ball canon, before the Saiyans took over Planet Vegeta, it was inhabited by a highly technologically advanced race called the Tuffles. In Dragon Ball GT, which is still non-canon as of Dragon Ball Super, Baby is a parasitic organism infused with the DNA of the Tuffle King and his desire for revenge against the Saiyans. Eventually Baby takes over Vegeta’s body and becomes Super Baby 2. Again, anime is weird.

Kefla and Master Roshi were great additions to the roster, and despite UI Goku being another Goku, he played so differently that his addition was also welcome. However, Baby seems to be Dragon Ball FighterZ slipping back into its default state of “cram as many Gokus and Vegetas as we can into this thing.” One distinct feature of Baby though is that he is able to use the assists of defeated members of his opponent’s team, which should add some unique combos and setups for him. So that is something at least.

Can we get Tao Pai Pai next?

The same can’t really be said for the final character for season 3, Super Saiyan 4 Gogeta. Leave it to this game to find yet another way to cram both another Goku AND another Vegeta in at once. Not much is known about SS4 Gogeta at this time, and he currently does not have a release date. I would expect more information on him during the Dragon Ball Games Battle Hour event slated for March 6. This event will cover Dragon Ball Legends, Dragon Ball FighterZ, and even the Dragon Ball Super Card Game.