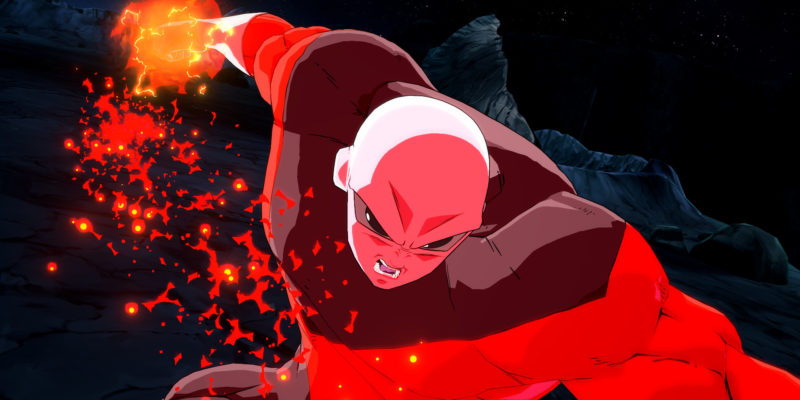 Tomorrow season pass holders get their hands on the next DLC character for Dragon Ball FighterZ, Master Roshi. Everyone else will sadly have to wait two extra days until Friday, September 18 to play as the turtle hermit. But the one thing that everyone has access to now are the new balance updates that accompany Master Roshi. These season 3.5 patch notes are referred to as such, because we are now officially halfway through the third season of post-launch content for Dragon Ball FighterZ. There are also only two more DLC characters left to go, but I suspect it will be quite some time before we get any news on that front.

This balance update brings with it some sweeping changes to the game that is sure to shake up the meta. Almost every character in the game received a buff or change of some kind. So today we are only going to focus on three of the bottom tier characters that received the most buffs. Those characters are Jiren, Tien, and Videl. We covered Krillin, Super Saiyan Blue Vegeta, and Gogeta in part one yesterday, as well as the general system-wide changes. You can find the full and complete official season 3.5 patch notes on Bandai Namco’s development blog. 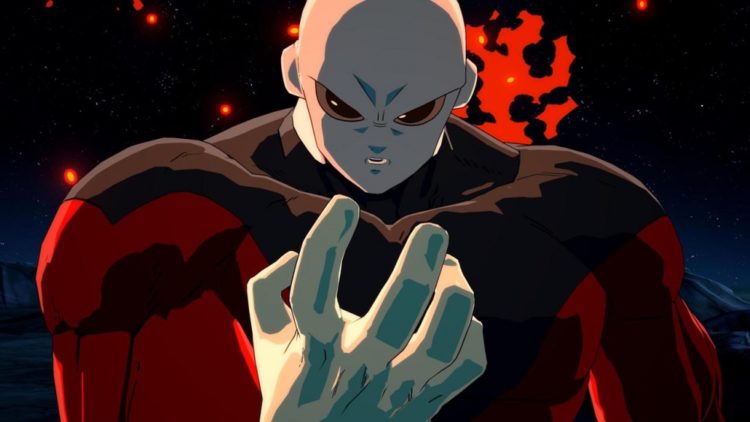 Another contender for worst in the game, the big antagonist of Dragon Ball Super received many changes with the season 3.5 patch notes. Crouching light has faster start-up and moves Jiren further forward. Standing heavy has faster start-up and more active frames. His standing S now has complete invincibility to ki blasts. Also, his jumping medium attack has a larger hitbox.

His special move Infinity Rush has reduced recovery when it misses, and the heavy version has faster start-up. One of Jiren’s best moves, his counter attack Shock Tornado, also has some pretty big buffs. It is now also invincible to projectiles and Z Assists, and the move is no longer interrupted if it is triggered by an attack that is not the opponent’s main character’s physical attack. This, along with the invincibility to Z assists and projectiles, means that the counter can no longer be forced to whiff by getting hit with a beam or an assist, which increases the move’s viability tremendously.

One of the biggest buffs in the season 3.5 patch notes belongs to Counter Impact, Jiren’s parry. What was once one of the worst attacks in the game is now easily one of the best. First off, it is now invincible to physical attacks as well. Hitstop when stopping an attack has also been adjusted for easier follow-ups. Jiren can perform a vanish much faster after stopping an attack, making extensions much easier, and the active frames of the counter have been increased as well. The parry window has been slightly reduced to prevent the move from being abused.

You still need good timing to properly parry an attack, but your reward for doing so is now far greater. Also, a bug was fixed where stopping some attacks would cause the character to face the wrong direction. Lastly, the move’s delay has been increased. Grand Charge, his other super, now moves him forward further, and his C assist, Flash Fist, is now invincible to ki blasts. If this patch had a “Most Improved” award to give out, it would definitely go to Jiren. He is actually a viable character now. 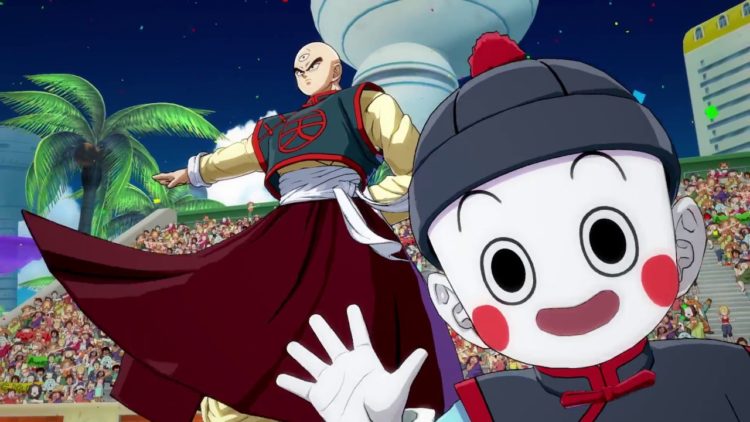 Tien is another awful character who received massive buffs with the season 3.5 patch notes. His crouching medium now has more active frames and the move’s hitbox extends further horizontally. His standing S has faster start-up, and jumping light’s hitbox has been extended upward. Jumping S also has faster start-up and it now takes a little longer before Tien pauses in mid-air at the start of the attack.

Volleyball Fist now moves Tien further forward during the air version. Both heavy follow-ups have increased damage, and the second heavy follow-up has reduced recovery when the camera shifts after the attack. This should make follow-ups much easier. Crane Strike is now more safe on block and Tien is moved less further back after the attack is guarded making it function more like a proper divekick.

Like Krillin’s Kamehameha, when Dodon Ray is performed in mid-air, it will move Tien forward during the beginning of the attack. A down input also cancels this movement. This means that Tien can continuously fire Dodon Rays from midscreen like a giant version of Doctor Doom’s jumping heavy “butter gun” in Marvel vs. Capcom. Dodon Ray is now a much more oppressive offensive tool than it was before.

Both Tri-Beam and Neo Tri-Beam now take less health from Tien when he is the only character left on your team. Knockback has also been adjusted for Tri-Beam when additional inputs are performed. His level 3 super “Farewell, Tien…” has also had its damage increased. Lastly, Tien’s B assist, Telekinesis, has faster start-up (except when the opponent is in hitstun). This makes it much closer to Gotenk’s A assist, Galactic Donuts, in terms of utility. 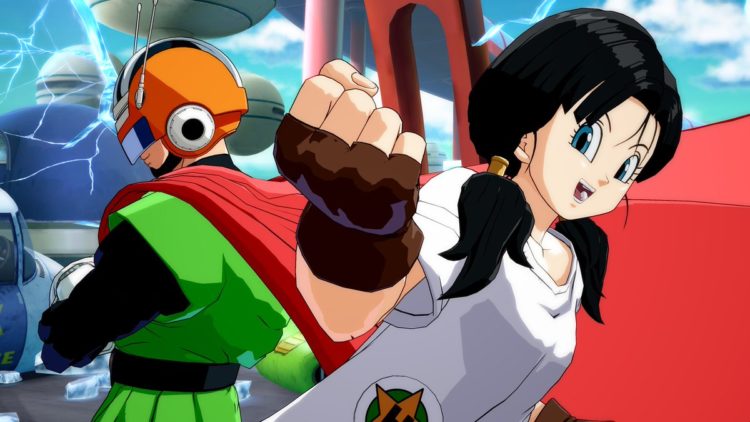 Finally, our last bottom tier character that got a power-up from the season 3.5 patch notes is most people’s pick for the worst character in the game, Videl. Her biggest change is to her worst feature, her dodge mechanic. The amount of time until an action can be performed after the dodge’s invincibility is triggered has been reduced. However, anything short of making it instant still does not outweigh the massive drawback of not having a traditional reflect.

The light and heavy version of air Videl Rush have faster start-up and the heavy air version now moves Videl forward more. The second follow up attack has increased damage, and the third follow up has adjusted knockback. In addition, after the third follow up, you can now buffer inputs after the camera shifts allowing for more follow up and pressure options. The light and heavy versions of air Frankensteiner have faster start-up and move Videl further during the attack. Her level 1 super, “Defender of Love & Justice, Great Saiyaman,” now deals recoverable damage to the opponent for… some reason. Also, its damage scaling has been adjusted. 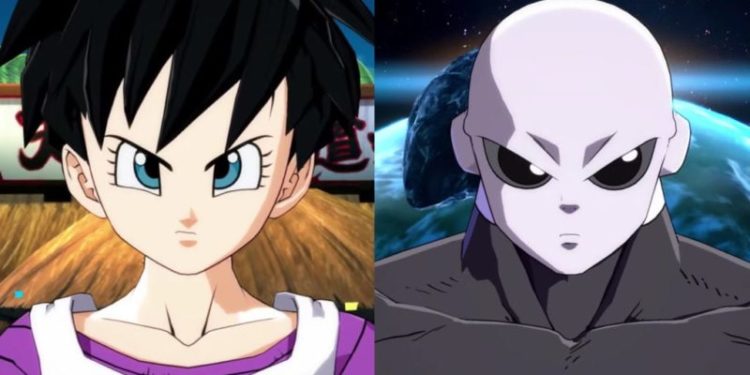 A tale of two characters

If Jiren gets the most improved award then Videl definitely gets the opposite of whatever that is. Her lack of a traditional reflect is not made better by any of these changes. When compared to other low tier characters like Tien and Gogeta, the changes she did get with the season 3.5 patch notes don’t really do much to shore up her weaknesses or make her any better overall. It is almost like someone on the design team has a grudge against her. I, for the life of me, will never understand why her level 1 now deals recoverable damage. The girl has a hard enough time getting in as it is, and now part of her damage can just be ignored.

That does it for the biggest changes to characters in the season 3.5 patch notes. Other characters like Android 16 also received some great changes, so check those out as well when you can. Master Roshi is out today for season pass holders and Friday for everyone else.